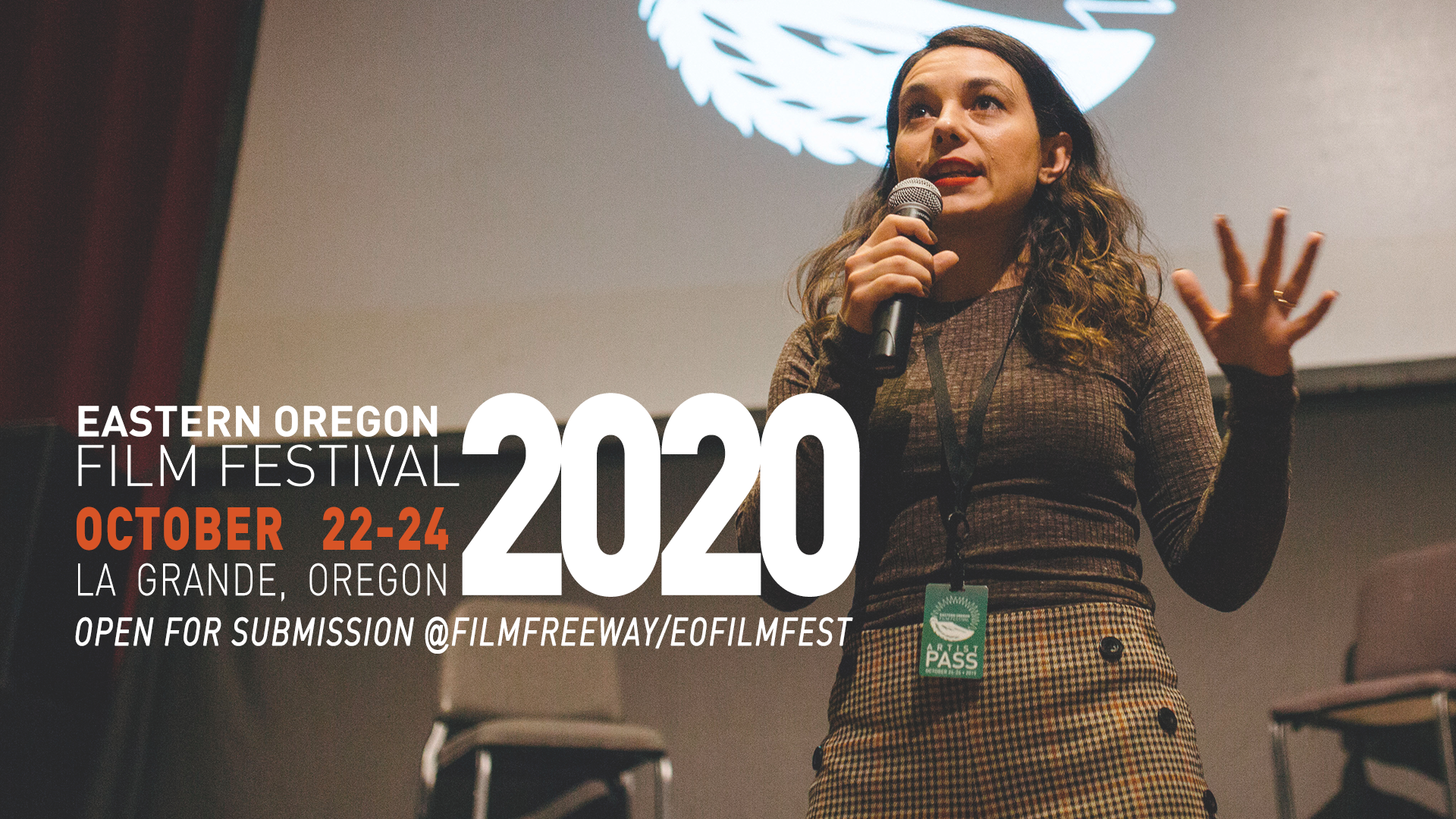 Eastern Oregon’s premiere film and music event has started its eleventh season with a CALL FOR ENTRIES which opened February 1. Film submission must be received by June 12, 2020.

EOFF has received a grant from Eastern Oregon Visitors Association to further our reach into our neighboring communities. EOFF looks forward to bringing a special touring program to Umatilla, Wallowa, and Baker counties this year.

EOFF’s current venue partners include Eastern Oregon University and hq. We’re crossing our fingers that The Liberty Theatre will be ready for 2020. Restoration is well underway and EOFF looks forward to collaborating with this historic gem in the future.

35th Anniversary Screening of THE GOONIES

EOFF, along with Oregon Film and Travel Oregon, will be presenting a special 35th Anniversary Screening of THE GOONIES, April 10th, 7pm at hq. Purchase your tickets and get more information here: https://www.eofilmfest.com/35th-anniversary-screening-of-the-goonies/

Following the screening will be a special GOONDOCKS afterparty with live music, drinks, and a “fun-draising” event. (It’s also our festival director’s birthday!!)

This screening will be the first in a series of monthly film programming at hq. These screenings are free to EOFF members. $10.00 general admission.

OUT OF CHARACTER is a regional production that has received grant support from the Union County Cultural Coalition and is currently in pre-production. This project has a massive cast of regional players and will be shooting throughout the year in multiple counties of Eastern Oregon.

Learn more about this project and how EOFF’s Filmmaker Fund is providing support in bringing productions like this to Eastern Oregon.

EOFF invites the community to become a member or sponsor of Eastern Oregon Film Festival. In doing so, your contributions will help sustain EOFF projects year round.

Be a EOFF Member
eofilmfest.com/membership

Be a FESTIVAL Sponsor
eofilmfest.com/sponsorship

Be a FESTIVAL Volunteer
eofilmfest.com/volunteer