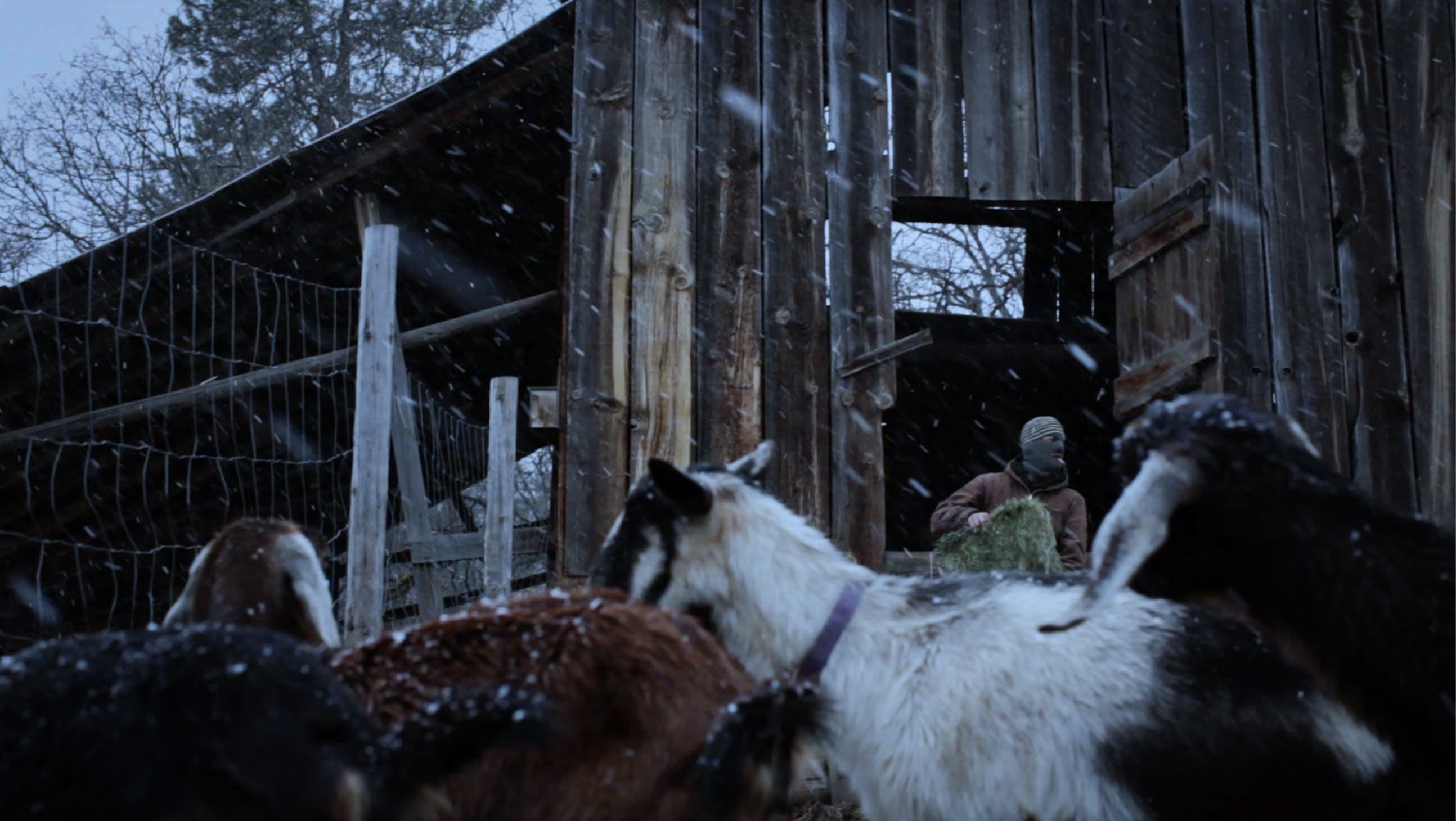 A unique sensory and unsentimental peek behind the veil of the Utopian dream of farming.

“A poetical, verite feature…beautiful if bone-wearying that will appeal to fans of enigmatic, lyrical documentaries like the recent ‘Rich Hill’ or Frederick Wiseman’s oeuvre.”
-Dennis Harvey, Variety

BOONE captures the daily lives of farm founder Mookie Moss and fellow farmers Dana and Zac and as they work relentlessly, sunrise to sundown in order to sustain the fragile balance needed to support the land and animals they care deeply for. Mookie and his crew strive to continue their lifestyle of sustainability and self-reliance, but their passionate dedication is hindered by strict government laws.
There have been many experiential films that have come out over the past few years that prioritize sensory accuracy over conventional storytelling; films that rely on an emotional exprerience rather then information to guide viewers. In the plethora of farm films structured around advocacy, BOONE stands out; it’s cinematic and sensory approach explores this forgotten rural landscape and the harsh reality of a small farm trying to survive.

Christopher LaMarca had his directorial debut with two documentary films in 2016. His film Boone premiered at SXSW in the Visions section and T he Pearl premiered at TRUE/FALSE and won Grand Jury Prize at Dallas International Film Festival. He was named one of the 25 New Faces of Independent Film by Filmmaker Magazine in 2014 and is a Sundance Institute Edit and Story lab film fellow. His monograph Forest Defenders: The Confrontational American
Landscape was published by pOwerhouse books. His work has been exhibited at the International Center of Photography’s Triennial Exhibition Ecotopia and included in publications such as Aperture and American Photography. Christopher contributes to Rollingstone magazine, GQ and Mother Jones among others.