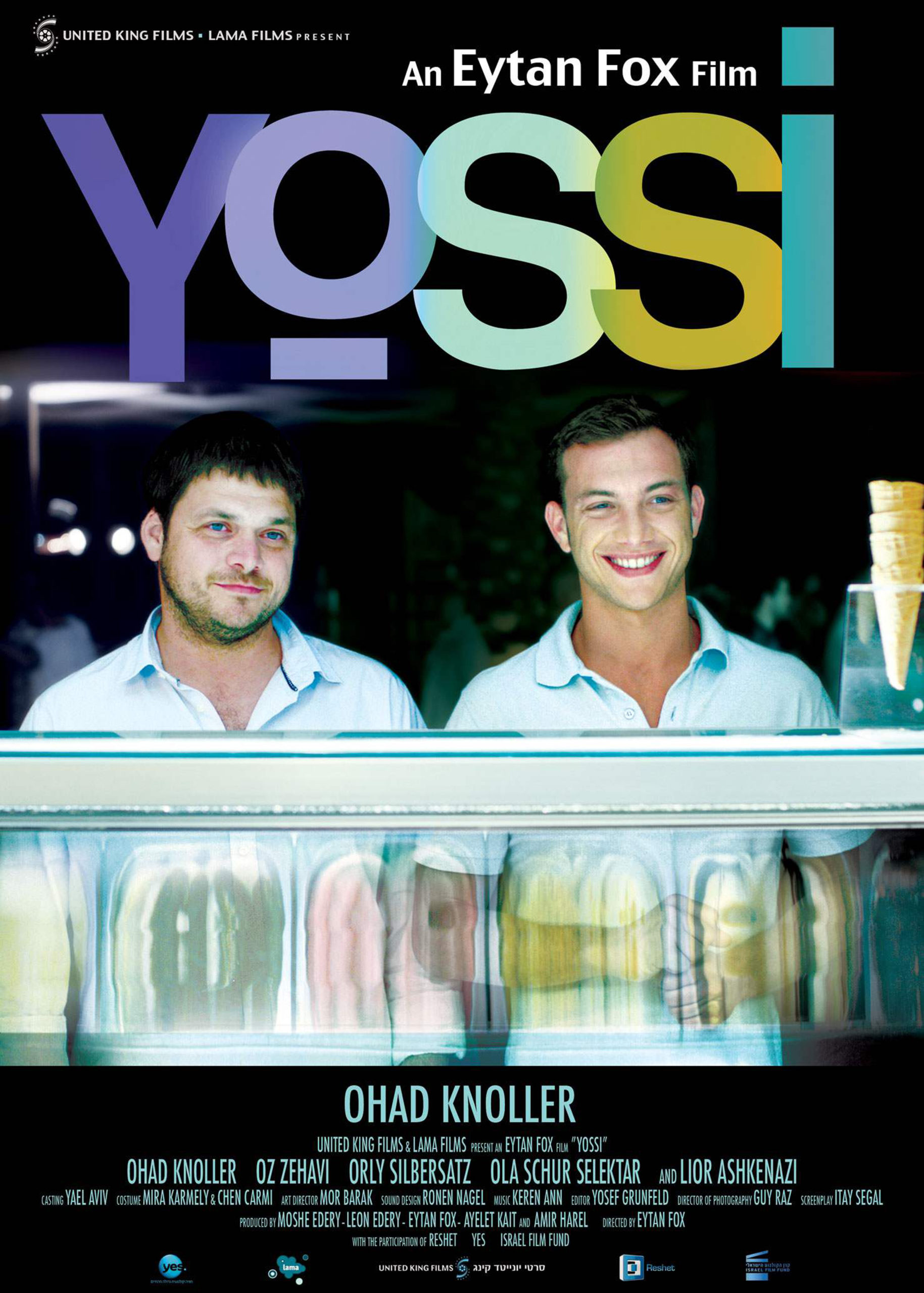 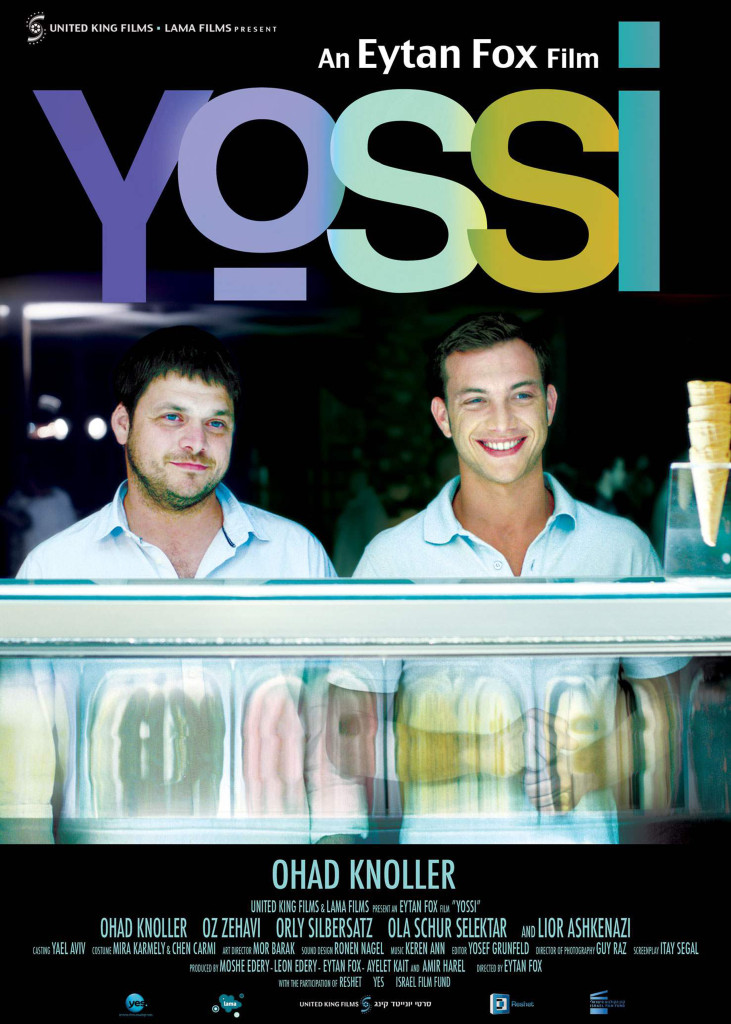 A sequel to Eytan Fox’s breakthrough gay story of love and loss on the front lines,  Yossi & Jagger(2002), this tender new drama follows Yossi, now a doctor, who turns the corner on the enduring pain of grief. The film had its world premiere at the Tribeca Film Festival.”
– By David D’Arcy

Ten years after Yossi and Jagger, the tragic love story of two IDF officers serving in Lebanon, director Eytan Fox returns to find out what has happened with Yossi. Dr. Yossi Hoffman has become a valued and dedicated cardiologist, often using his work as a way to escape from dealing with his anguished life. He lives alone, still closeted, unable to break through the walls and defenses built around him since the death of his lover. Even his co-workers – a recently divorced doctor, who tries to sweep Yossi into his world of women and drugs, and a lonely nurse, who is secretly in love with him – find it almost impossible to get close to him. His daily routine at the hospital is shaken up by the arrival of a mysterious woman. He follows her, and through the surprising connection they make, receives a rare opportunity to deal with his trauma. Yossi then travels to the southern city of Eilat. Surrounded by the sea and sand dunes he meets a group of young Israeli IDF officers, among them Tom, a handsome and self confident openly gay man, who represents a new world, different from the one that shaped Yossi.

Ohad Knoller returns to the role that won him the Best Actor award at Tribeca Film Festival 2003, surrounded by an ensemble of Israel’s finest actors. 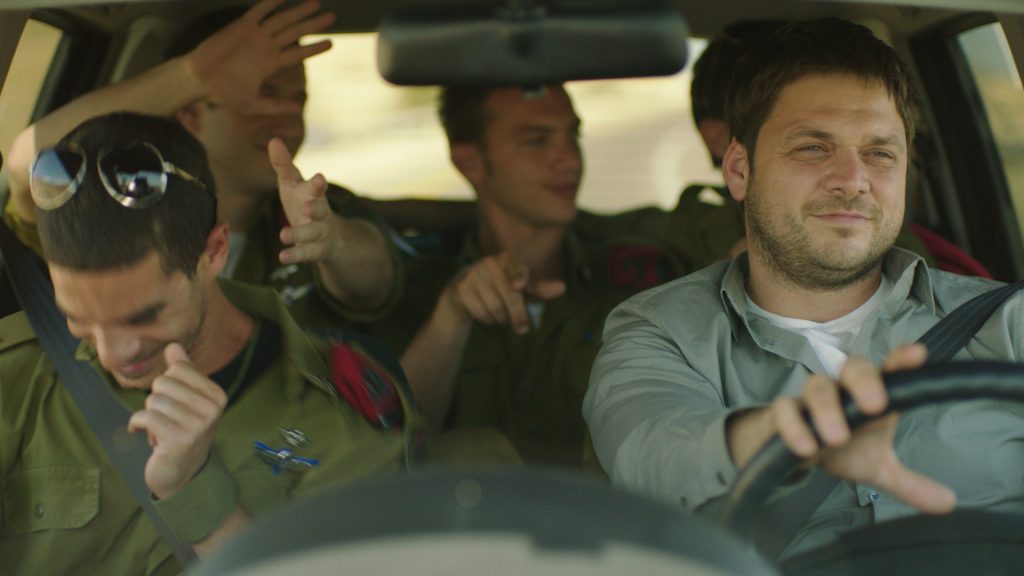 Eytan Fox was born in New York City, but relocated with his family to Israel as a child. He grew up in Jerusalem and studied at Tel Aviv University’s School of Film and Television. His first film, TIME OFF, a 45-minute drama about sexual identity in the Israeli army, won the first prize at the Munich international student film festival and led to the making of his first feature, SONG OF THE SIREN, a romantic comedy about life in Tel Aviv during the Gulf war. The film became Israel’s biggest box office success in 1994 and was Fox’s first time at the Berlin Film Festival. It was shown on TV worldwide, including Germany’s ARD and France’s Arte. In 1997, Fox created the prize winning TV drama series FLORENTINE, which examined the life of young people in Tel Aviv before and after the Rabin assassination.

In 2002, Fox directed the acclaimed YOSSI & JAGGER, which became an immediate critical and box office success in Israel. Premiering at the Berlinale in 2003, it went on to become a worldwide box office and DVD success. It was an instant hit in NY and other major cities in the US, and remained on Stephen Holden’s “recommended” list in the New York Times for over a month. YOSSI & JAGGER continues to enjoy a cult-like status around the world.