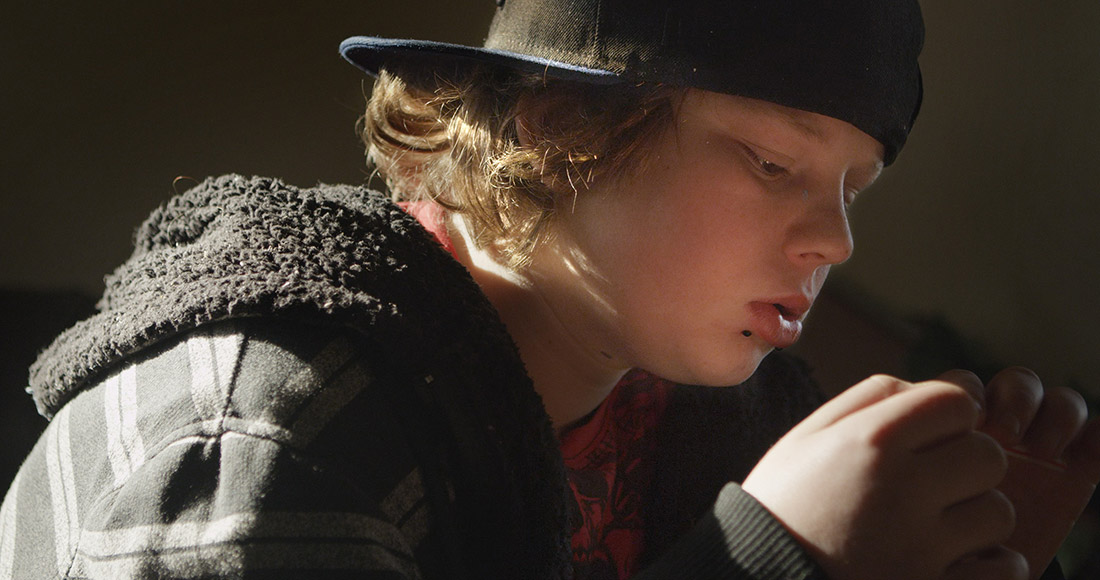 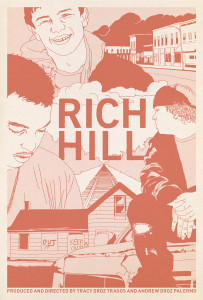 Feature Documentary
(90 Minute / WC Premiere)
[/box]
Look inside the homes and lives of small-town, rural America,
where isolated kids confront heart-breaking choices, marginalized parents struggle to survive, and, despite it all, families cling to the promise of equal opportunity and a better life some day.

Rich Hill, Missouri (population 1393). Off the highway, next to the railroad track. ANDREW, 14, works on his bike, talks dreams with his dad, practices dance moves with his twin sister. He’s just like a lot of American teenagers, except that his days are often also about survival. HARLEY, 15, lives with his grandma and eight other members of his extended family because his mom is in prison for attempted murder. Still, Harley is the first guy in the room to crack a joke and make you laugh when you least expect it. APPACHEY, 13, finds solace in skateboards and, despite his intelligence, has had to repeat the 6th grade, which doesn’t come close to fixing what’s broken in his life. 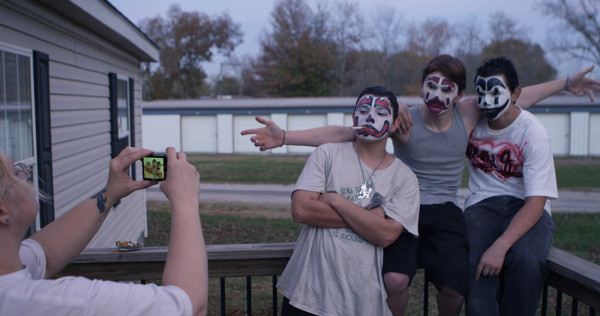 These boys can be tough – they know how to walk with a clenched-jaw stare like they have nothing to lose. But when you get to know them up-close, you see their insight, their humor, and their determination to survive. And despite the isolation and brutality of their circumstances, their hope for a brighter future persists. They imagine that their hard work will be rewarded, and that, although there is no road map or role model, even they can live the American dream.

TRACY DROZ TRAGOS
PRODUCER & DIRECTOR
Tracy Droz Tragos is an award-winning filmmaker who produced and directed BE GOOD, SMILE PRETTY, which aired on PBS’s Independent Lens and won the 2004 Emmy Award for Best Documentary. The film also won Best Documentary at the Los Angeles Film Festival, the Audience Award at the Aspen FilmFest, the 2004 Fatherhood Award from the National Fatherhood Initiative, the President’s Award for Excellence in Documentary Film from Vietnam Veterans of America, the 2004 Cine Golden Eagle Award and numerous other awards. For a year after the film’s broadcast, Tragos traveled the United States, screening the film as part of an extensive ITVS outreach campaign, reaching hundreds of thousands of veterans and their families.

ANDREW DROZ PALERMO
PRODUCER, DIRECTOR & CINEMATOGRAPHER
Andrew Droz Palermo is one of Filmmaker Magazine’s “25 New Faces of Independent Film of 2013.” In 2011, he lensed his first feature, Adam Wingard’s smart horror film YOU’RE NEXT. At Sundance 2013, he premiered A TEACHER, directed by Hannah Fidell, and BLACK METAL, directed by Kat Candler. After growing up in central Missouri, Andrew studied graphic design at Columbia College Chicago. He then progressed from photography to directing and shooting music videos for indie bands White Rabbits, The Walkmen, Arms and Believers.