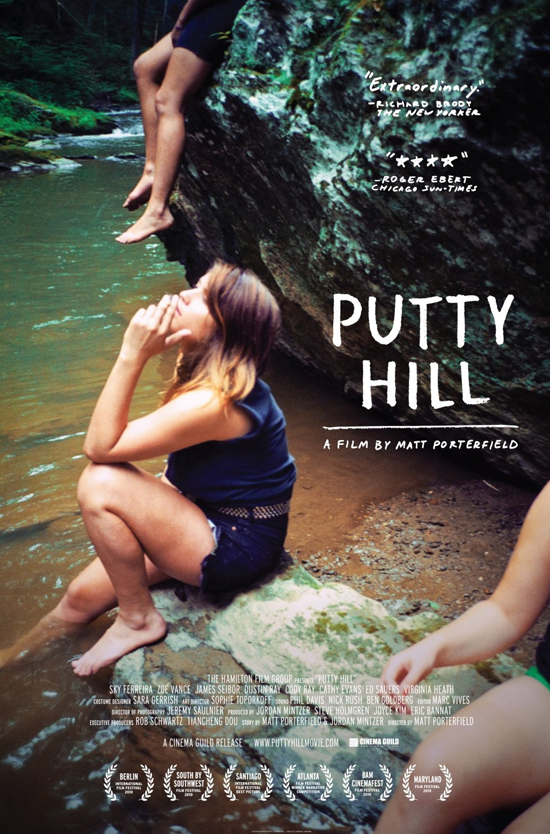 “In a way rarely seen, “Putty Hill” says all that can be said about a few days in the lives of its characters without seeming to say very much at all. It looks closely, burrows deep, considers the way in which lives have become pointless and death therefore less meaningful. It uses fairly radical filmmaking techniques to penetrate this truth, and employs them so casually that they seem quite natural.”

A young man dies of a heroin overdose in an abandoned house in Baltimore. On the eve of his funeral, family and friends gather to commemorate his life. Their shared memories paint a portrait of a community hanging in the balance, skewed by poverty, city living, and a generational divide, united in their pursuit of a new American Dream.

Putty Hill is truly a unique film. From the Director:

“[The film] is an amalgam of traditional forms of documentary and narrative realism. But it is an approach to realism in opposition to the anthropological, lyrical, and romantic currents present in most of the genre.”

“Thesping is remarkable…Porterfield has managed to elicit engrossing performances that feel unforced and spontaneous.”