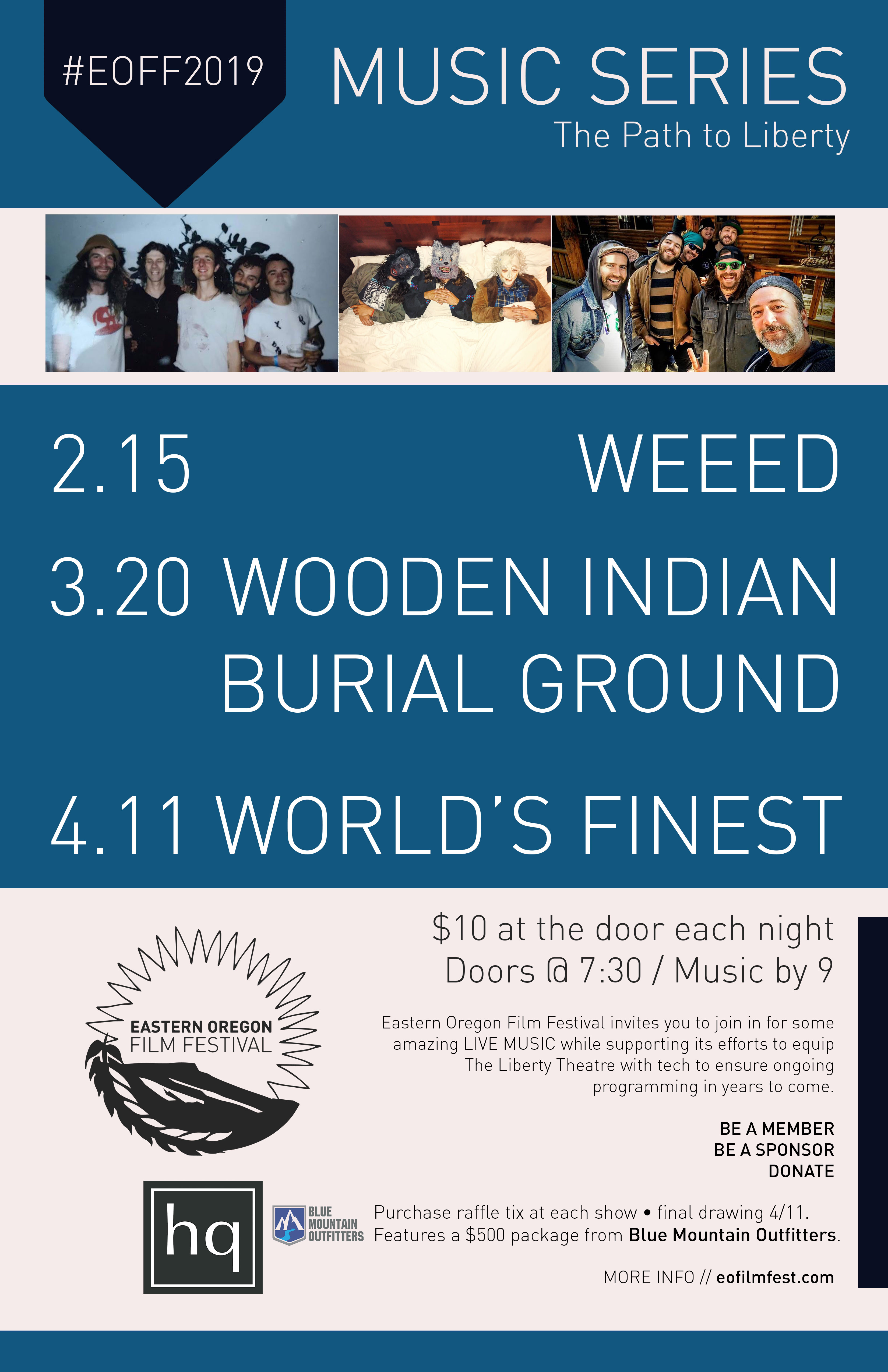 Eastern Oregon Film Festival will begin its fundraising journey towards landing at The Liberty Theatre in 2020, by hosting three music events over three months at hq, 112 Depot Street in  downtown La Grande.

The series will raise funds toward projection, sound, and other technical related costs for installing a professional digital cinema system. The cost of admission is $10.00 at the door for each show. The series will also feature a progressive raffle, featuring a $500 package from Blue Mountain Outfitters to aid in our goals towards The Liberty’s technical needs.

The first event will take place Friday, February 15, and will feature Portland, OR quintet WEEED.

WEEED has become a sponge of the American psych scene over its 10 year tenure. In that time, they’ve found a healthy plane where improvisation can coexist alongside confident, sophisticated compositions, crafting a sound wholly their own. They’ve played hundreds of shows across the U.S, Mexico, and Canada, sharing the stage with Earth, Om, Acid Mothers Temple, Dead Meadow, Wand, Connan Mockasin, Kikagaku Moyo, All Them Witches, Shannon and the Clams, L.A. Witch, and many others. You Are The Sky is by far their most accessible to date due to the infectious polyrhythms, heavily stacked pulsing harmonies, and more focused songwriting. Coupled with the wild cult-leader-like incantations of someone who has seen between the ruthless realm of capitalism and the foggy one of art and mysticism, it is a combination that shines through in the darkest of times.

Doors will open at 8pm with a showtime of 9pm.

As the coordination for this year’s festival will require more resources and support, EOFF is looking for festival sponsors and returning members to pledge now.  You can find information on becoming an advertising sponsor, member, volunteer, or donor at the music series event.