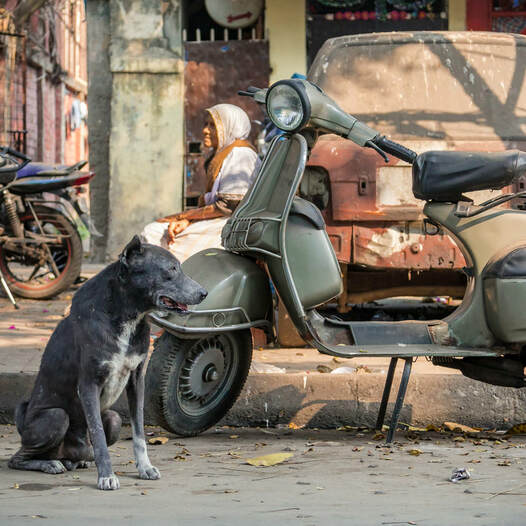 Tens of thousands of dogs live and die on the streets of Kolkata, India, one of the most densely populated cities in the world. This film tells their story, and the story of a few people who have made it their life’s work to feed and care for them.

Pariah Dog is a creative documentary focusing on several eccentric street dog caretakers in Kolkata, India. Shot over three years, the film paints a kaleidoscopic picture of the city of Kolkata, seen through the prism of four outsiders and the dogs they love. These men and women have found meaning and purpose in their shared mission to care for neglected street dogs, who have existed in the towns and villages of India for thousands of years. For some this mission is enough, for others, dreams of a better life are always near.

Production began in September of 2014, and wrapped in April, 2017. In 2017 Pariah Dog was selected to take part in the “Only In New York” meetings at the Doc NYC film festival, and later the Rough Cut Screenings at the 2018 Docsbarcelona festival in Spain. The film premiered at the Big Sky Documentary Film Festival in February, 2019, where it was awarded “Best Feature.”

Jesse attended the University of California Santa Cruz, studied briefly at NYU’s Tisch School of the Arts, and attended UCLA’s MFA directing program at the School of Theater, Film, Television, and Digital Media. Pariah Dog is his first feature-length film. He is the son of the documentary editor and filmmaker Howard Alk. ​