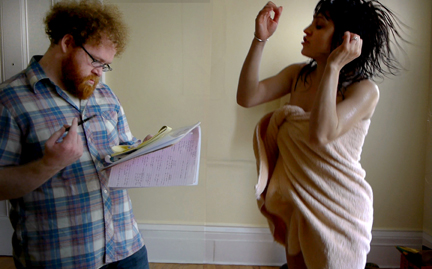 Synopsis
A tiny dancer and her comedian husband find co-habitation at odds with their art. JOY KEVIN is the often funny and sometimes dark exploration of whether true love is more likely to make a house into a home or a bonfire.

Director Bio
Caleb Johnson grew up in western Kentucky where he did not have a horse. He began making dark and funny short films in college and later earned an MFA from Columbia University in New York where he still did not have a horse, although he’s pretty sure he paid for one. His award winning short ROOT premiered at SXSW in 2013 and went on to screen at major festivals across the US and abroad. JOY KEVIN is Caleb’s first feature. He now lives in Austin, TX.