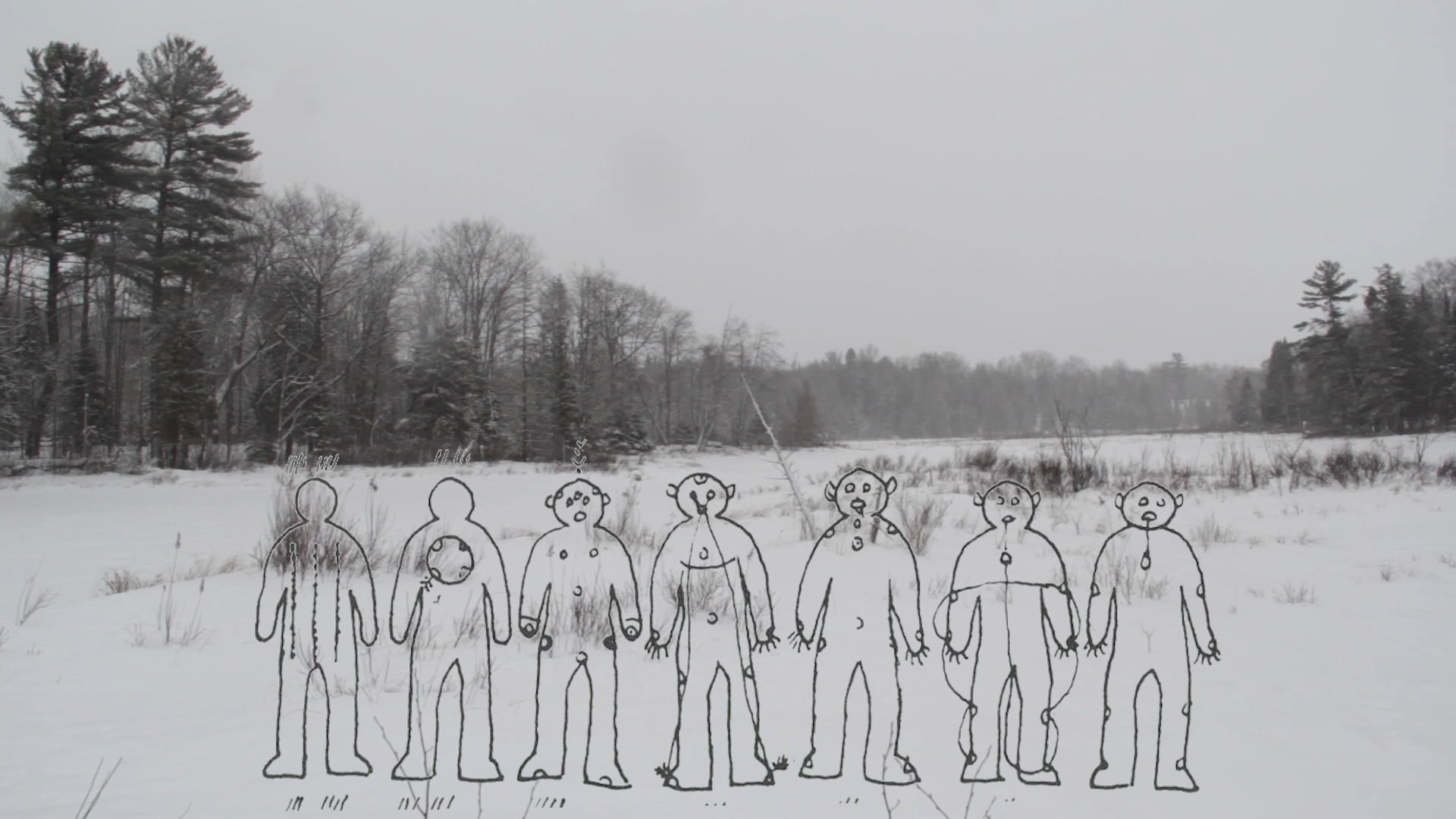 INAATE/SE/ [it shines a certain way. to a certain place./it flies. falls./] from Zack Khalil on Vimeo.

A kaleidoscopic experience blending documentary, narrative, and experimental forms, INAATE/SE/ transcends linear colonized history to explore how the prophecy resonates through the generations in their indigenous community within Michigan’s Upper Peninsula. With acute geographic specificity, and grand historical scope, the film fixes its lens between the sacred and the profane to pry open the construction of contemporary indigenous identity.

Zack Khalil (Ojibway) is a filmmaker and artist from Sault Ste. Marie, Michigan, currently based in Brooklyn, NY. His work often explores an indigenous worldview and undermines traditional forms of historical authority through the excavation of alternative histories and the use of innovative documentary forms. He recently completed a B.A. at Bard College in the Film and Electronic Arts Department, and is a UnionDocs Collaborative Fellow and Gates Millennium Scholar.