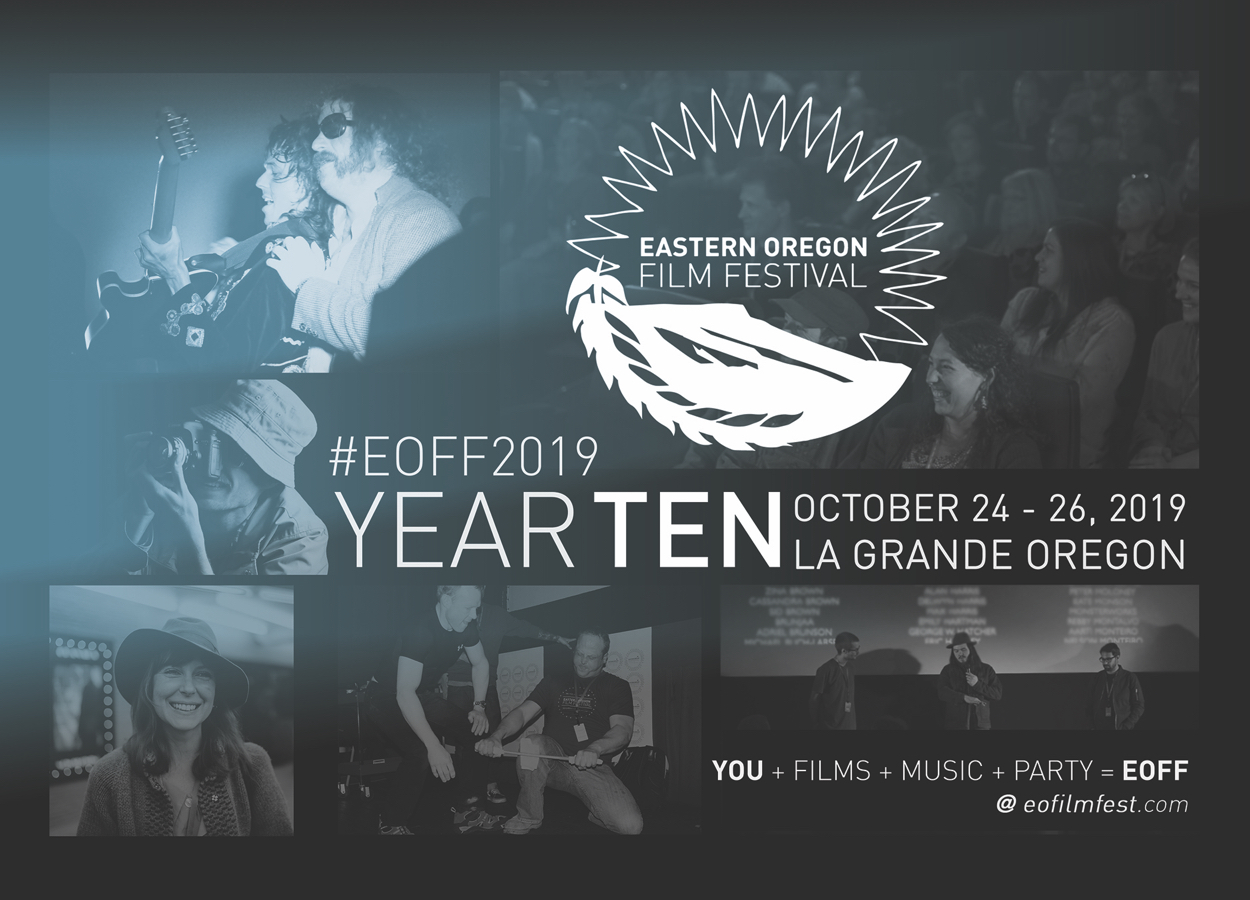 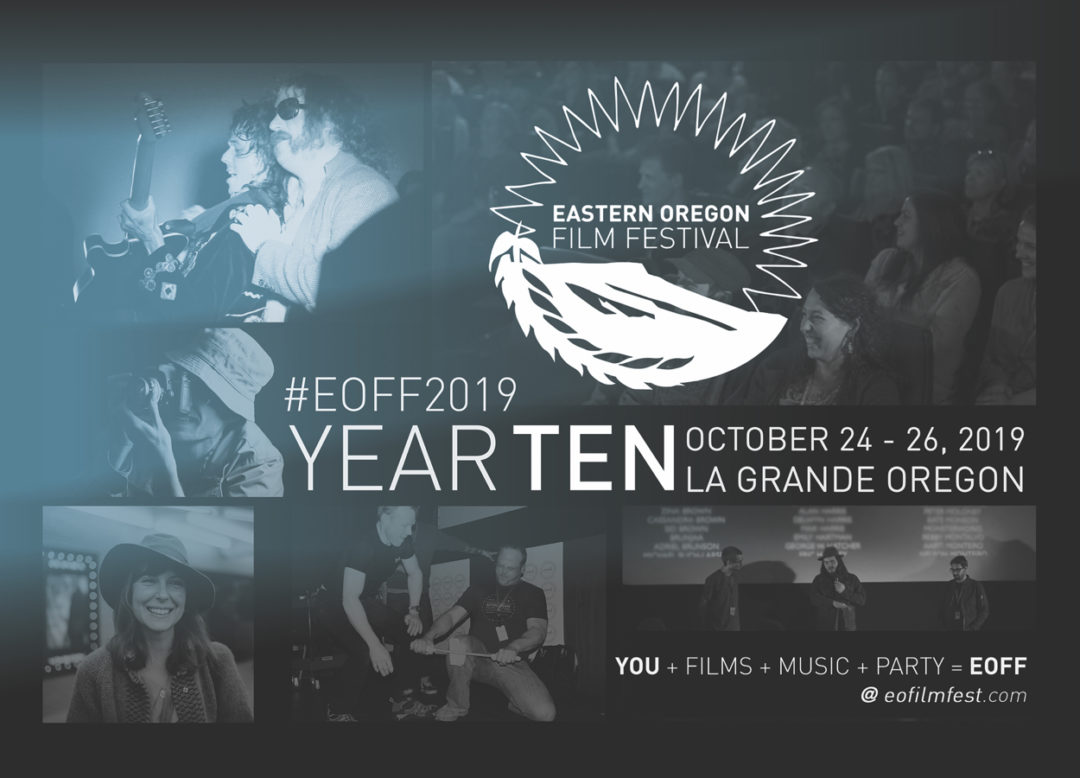 This anniversary year will take EOFF back to its roots. With the loss of their long-running partner, The Granada Cinema, EOFF staff have had to be creative in accommodating the festivals growing number of visiting filmmakers and traveling audience.

Becky’s Studio of Dance, located directly next door to the festival Hq will serve as a 50 seat micro-cinema for day time screenings. This fun addition, along with the 60 seats at Hq, and third downtown space (TBA) will provide the necessary seating while maintaining the intimate screening environments that the festival is known for. Eastern Oregon University’s McKenzie Theater will present a Friday night (October 25) special screening event for the festival and will offer discounted admission for EOU Students and Alumni for that event.

Film selections will be announced later this month. EOFF received a record number of submitted films this year, from all over the world and EOFF’s programming staff is working hard to create a stunning look at new independent cinema.

After-party music events will be held at Hq following each day of screenings. Musical acts will include Seattle’s ‘Truck-stop rock” Sons of Guns, Portland, OR-based Methods Body, and Federale. Federale is a seven-piece ensemble based in Portland, OR. Spearheaded by longtime Brian Jonestown Massacre bassist Collin Hegna, the band was conceived as an outlet to channel inspiration from ‘60s & ‘70s European soundtracks, particularly those from Italy made famous by the Spaghetti Western & Giallo genres. Additional musical acts will be announced soon.

Festival passes can be purchased online, at Hq (112 Depot Street) and each Saturday at the Farmers’ Market in La Grande. Pass prices are currently $55.00 and increase to $65.00 on October 1. General admission tickets for each screening will be dependent upon availability. Festival passes are limited.

A special fundraising party will be held Friday, September 13 at Hq to benefit the ongoing operations of Eastern Oregon Film Festival. The theme will be STUDIO 54. Information and details about the fundraising event can be found on the festival’s website or at this facebook event link.

EOFF has been granted support from Oregon Community Foundation, The Union County Chamber of Commerce, Union County and Union County Arts and Cultural Coalition. Key sponsors for this year’s event include Eastern Oregon University, Oregon Film, Oregon Media Production Association, and many others.