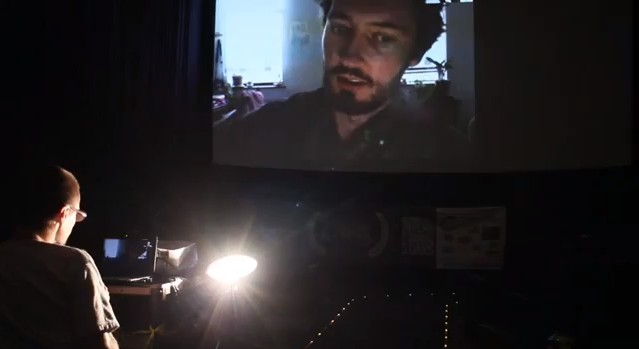 Attending and showcasing a little 2011 Recap (will post video soon)  and updating the State on our growing annual festival in Eastern Oregon.  Along with EOU’s Film Program La Grande and Eastern Oregon are becoming points of interest for the film community and industry in Oregon.

Feel free to join us via Satellite Monday, December 12 at Eastern Oregon University – Inlow Hall Room 013 : The conference will be broadcasted and we will speak to the conference as well.  Support film in Eastern Oregon and check it out. (Wear your hoodie. 🙂

Don’t forget to mark your calendars and come join us and Governor John Kitzhaber for the:

We will be honoring several people and organizations throughout the state who have played an important role this year in the industry’s success. We also have some exciting announcements to reveal at this event that will be worth celebrating the future of the industry.

You can either join us in person at the Portland location (listed below), meet up with people in your area at one of the three teleconference sites throughout the state, or view a live web-stream of the event online.

Eugene: The Center for Media and Educational Technologies (CMET), in Studio A.
(We’ll start at 5:30 PM to ensure we’re ready for the teleconferenced event.)

*** If you are unable to make it to any of the sites above, you can view the event live online at:
http://pdx.uoregon.edu/index.php?p=webcast and click on the first “Live Webcast” link.***

Industry members and supporters are also invited to attend a
Reception and ”Thank You” Party
beginning at 5:oopm at the Portland location and continuing after the annual meeting.

An exposition of projects developed by student winners of the Digital Media Commission will be on display at that time. Both the Commission and party are generously sponsored by Intel and the Oregon Media Production Association. The reception is free, and attendees are encouraged to bring canned food donation for the Oregon Food Bank. (Details at www.ompa.org)

We hope you will come and celebrate (that is if you’re not too busy working on a project) and demonstrate to ourselves as well as the general public that the film and TV industry is thriving here in Oregon!