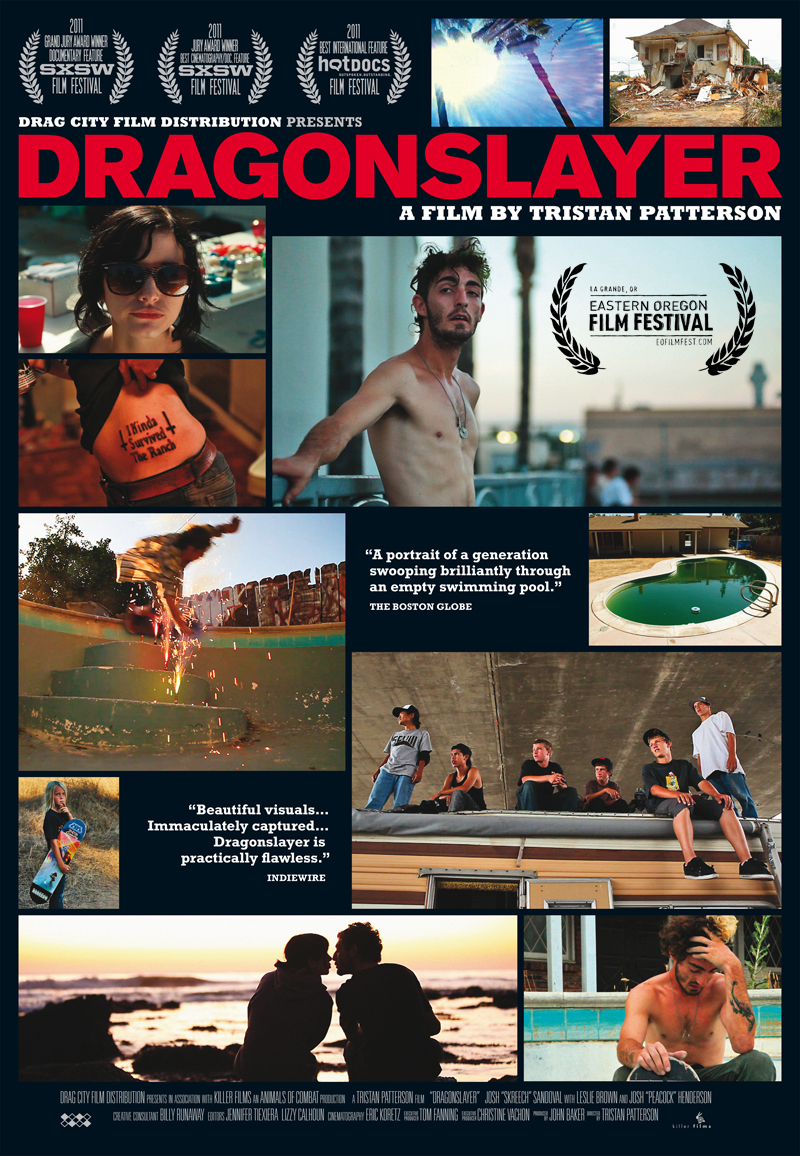 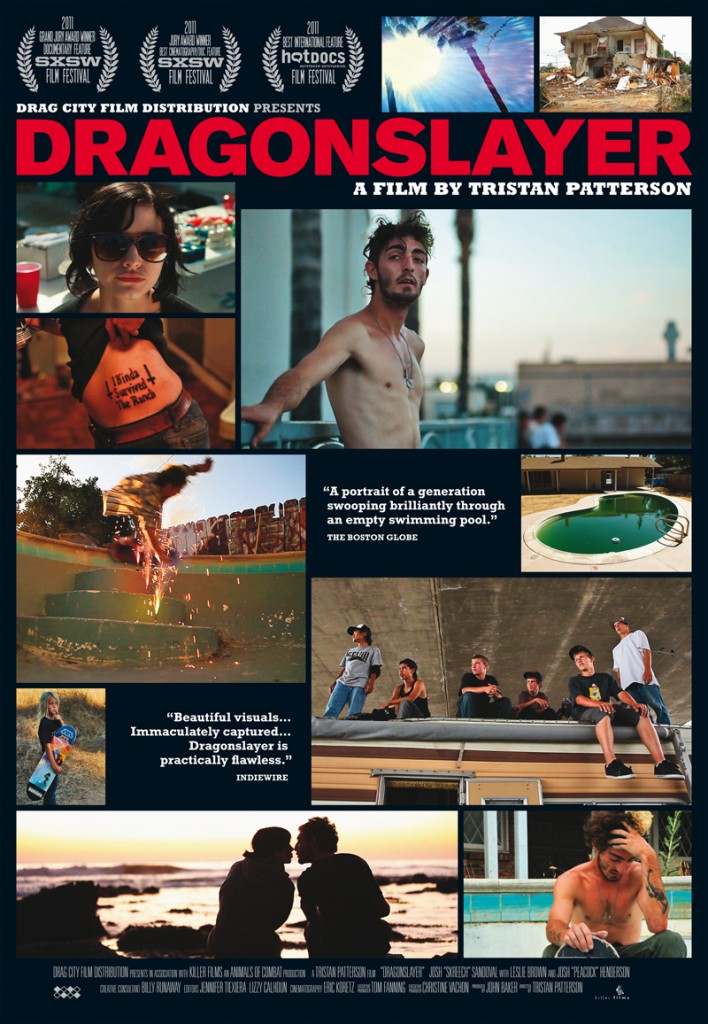 Drag City in association with Killer Films presents the transmissions of a lost kid falling in love in the suburbs of Fullerton, California. Featuring skateboarding, the usual drugs, and stray glimpses of unusual beauty.

“A must-see doc…”Dragonslayer” is a terrific new non-fiction movie with a lot of love for its leading man and a disjointed cinematic spirit that makes it a thrill to watch on a big screen.”

Directed by Tristan Patterson and executive produced by indie-maverick Christine Vachon, DRAGONSLAYER is the Grand Jury Prize winner for Best Documentary Feature at SXSW 2011, and is the second feature to be released theatrically by Drag City following Harmony Korineʼs Trash Humpers. 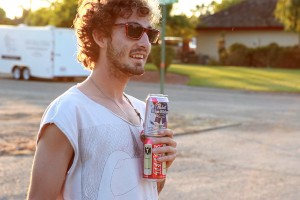 DRAGONSLAYER documents the transgressions of a lost skate punk falling in love in the stagnant suburbs of Fullerton, California in the aftermath of Americaʼs economic collapse. Taking the viewer through a golden SoCal haze of broken homes, abandoned swimming pools and stray glimpses of unusual beauty, DRAGONSLAYER captures the life and times of Josh “Skreech” Sandoval, a local skate legend and new father, as his endless summer finally collides with the future. Set to the alternately roaring and dreamy soundtrack of bands from the indie labels Mexican Summer and Kemado Records— including Best Coast, Bipolar Bear, Children, Dungen, Eddy Current and the
Suppression Ring, Golden Triangle, Jacuzzi Boys, Little Girls, Real Estate, The Soft Pack, Saviours, as well as DEATH and Thee Oh Sees —DRAGONSLAYER is a punkrock manifesto to youth, love and learning to survive after the decline of western civilization.

“Thereʼs a high probability that it will be one of the most talked about documentaries of the year, like last yearʼs Catfish or Exit Through the Gift Shop… Itʼs much like The Wrestler only this is real life… Dragonslayer is practically flawless.”

“A portrait of a generation swooping brilliantly through an empty swimming pool.” 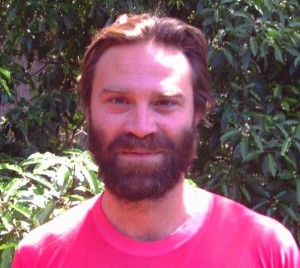 Tristan Patterson is a screenwriter living in Los Angeles. He has written screenplays for Disney, Fox and Warner Brothers, and is currently writing American Cigarette for director Tony Scott and Fox 2000. He is attached to direct his own screenplay Electric Slide starring Ewan McGregor for Killer Films and Myriad Pictures. Dragonslayer is his first feature.