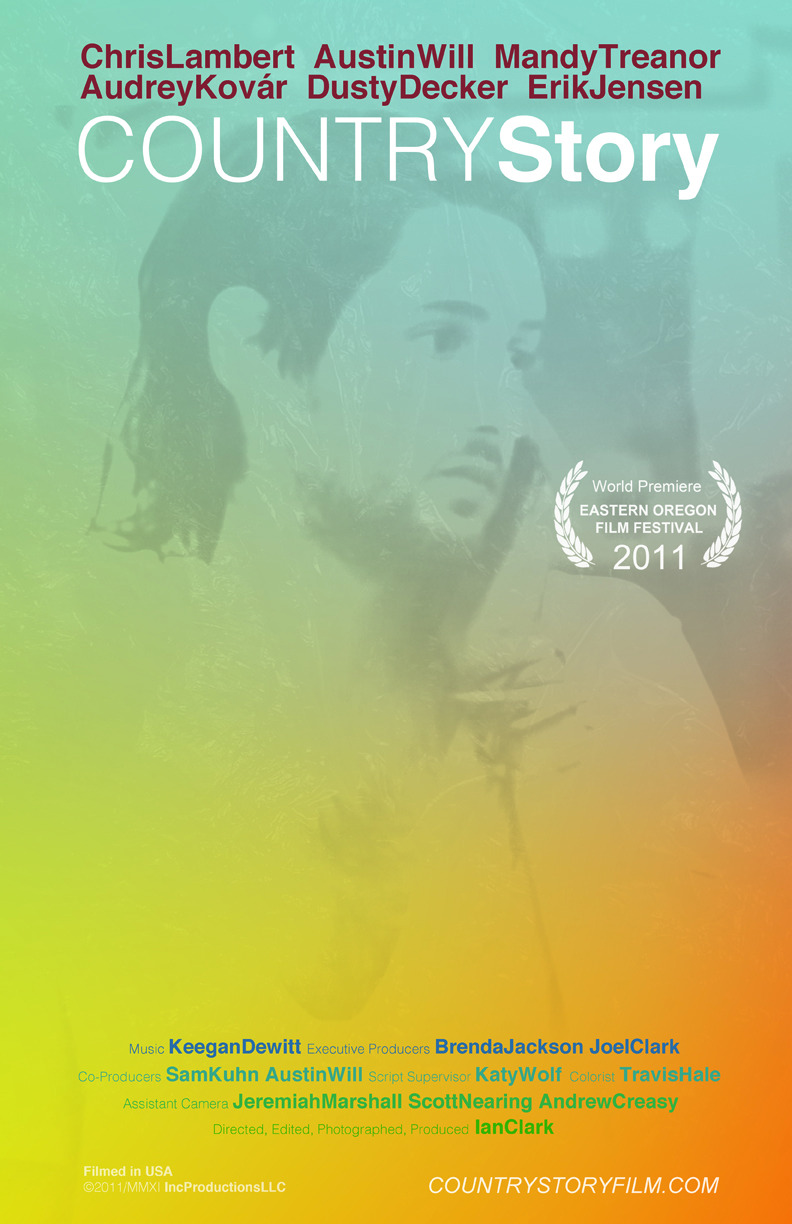 Jason is a small-town slacker living with his mom. Content with idle days and easy livin’, his forgetful nature creates tension at home so he sets off with his pals to try his hand at redemption.

At once poetically sublime and playfully comedic, lyrical and sardonic, Country Story is a tender and loving homage to small-towns and quieter landscapes. Defined by both narrative fiction and documentary verité, this film honestly portrays the everyday drama and monotony that can exist anywhere.

Rural America. Summertime. Friendship. Small-town slacker Jason still lives at home with his mom Shelly (played by newcomers Chris Lambert and Mandy Treanor). Content with idle days, Jason spends his time navigating joblessness, sipping on tall boys, and shooting the shit with his two pals, Tyson and Noah (Austin Will and Erik Jensen, Kosmos, Peter, and the upcoming, In Search of the Miraculous). Their casual pursuit of relaxation and passive adventure reach unparalleled heights with each new day. All is not well however, as Jason’s forgetful nature and overwhelming apathy eventually cause him to make a grave mistake, which leads to hurt feelings and creates tension at home. Thus, he sets off with his pals deep into the backwoods, to visit an old friend (Dusty Decker) and try his hand at redemption – all the while Jason maintains with a phlegmatic, possibly fleeting crush with longtime friend Lacy (Audrey Kovár, Summer Snapshot).

At once poetically sublime and playfully comedic, lyrical and sardonic, Country Story is a tender and loving homage to small-towns and quieter landscapes. Defined by both narrative fiction and documentary verité, Country Story honestly portrays the everyday drama and monotony that exists everywhere.

Ian Clark is an Oregon-based artist, whose projects span media and range from narrative films and video to photographic works and painting. Clark is currently a 2nd year MFA candidate in New Media at University of Oregon.

Clark’s first narrative film Pool Room premiered at the 2010 Kansas City Film Fest. Other projects include working as the cinematographer for the Pitchfork.tv documentary on Dan Deacon’s Bromst in 2008, and in 2009, he co-founded, curated, and directed the first-annual Eastern Oregon Film Festival.

Clark is finishing post-production on an upcoming short film Searching for Yellow, which follows a troubled young landscape painter.

Selected work can be seen here: