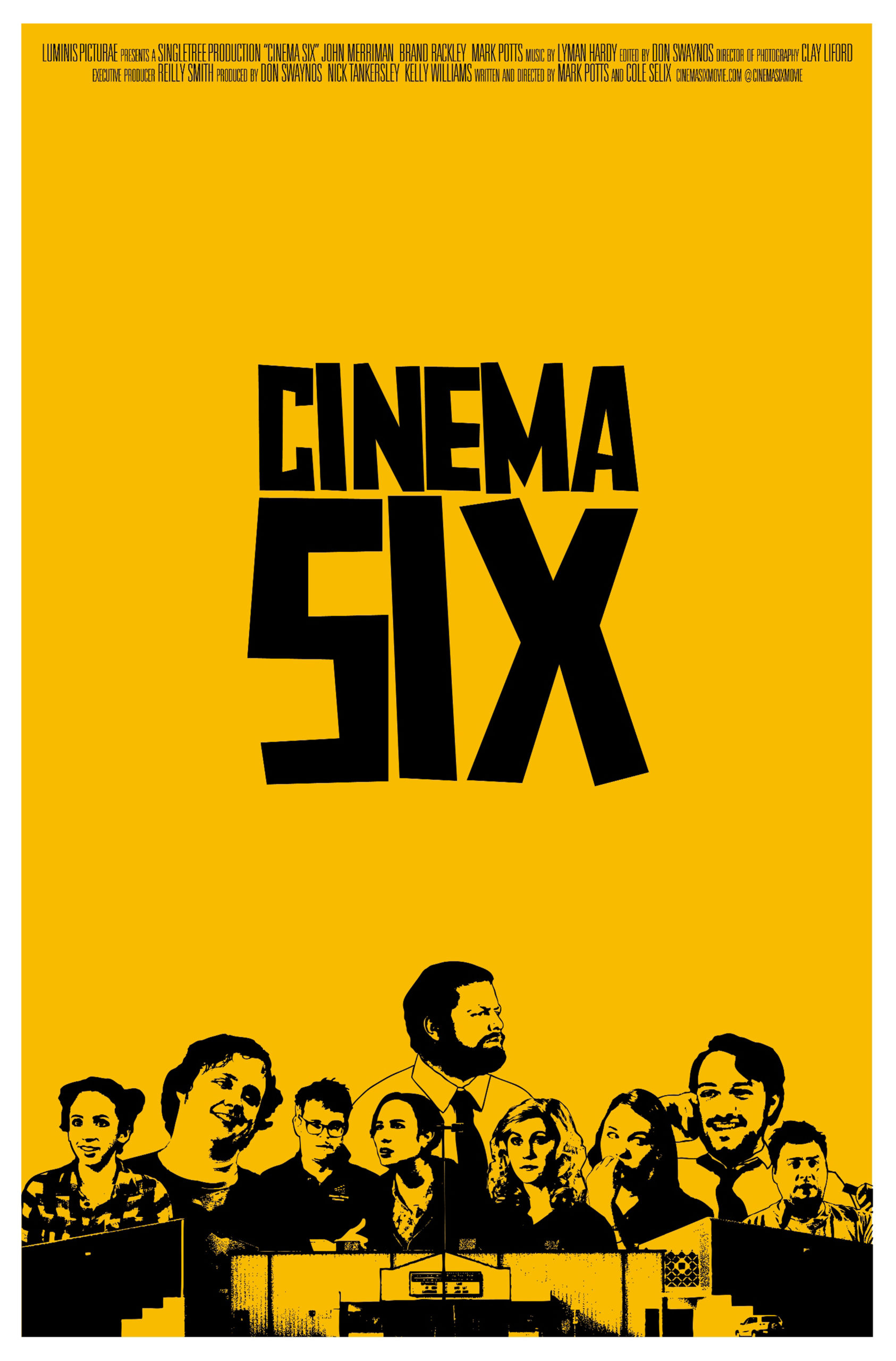 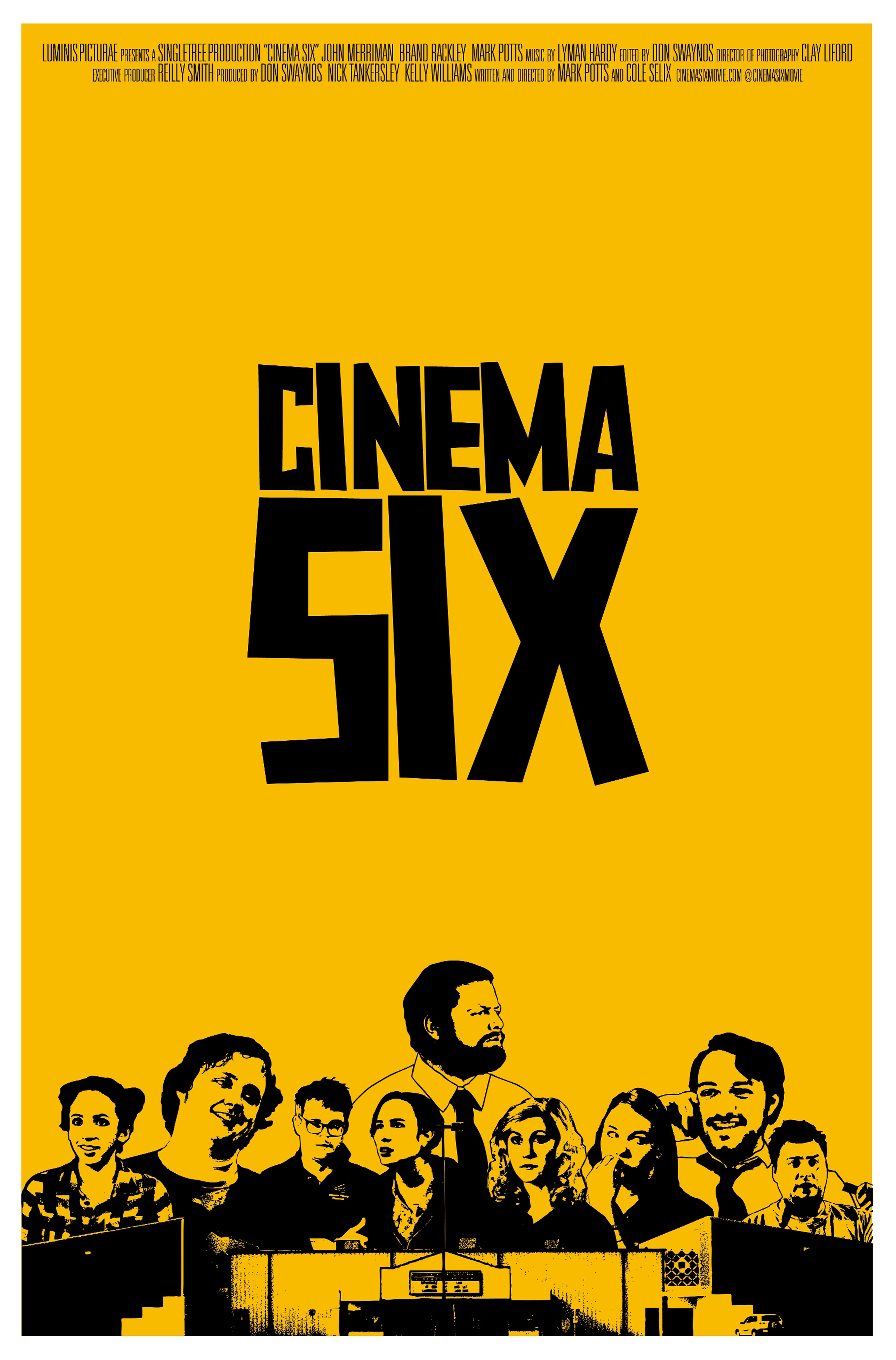 Cinema Six resembles a movie theater-set version of “Office Space” with the same kind of raunchy humor and quarter-to-mid-life ennui.”

Mason, Dennis, and Gabe have worked at the Stanton Family Cinemas for longer than they want to remember, but long enough they don’t want to leave. Most of their time is spent messing with customers, watching fellow employees work out their relationship issues and basically just slacking off, but at a cost. 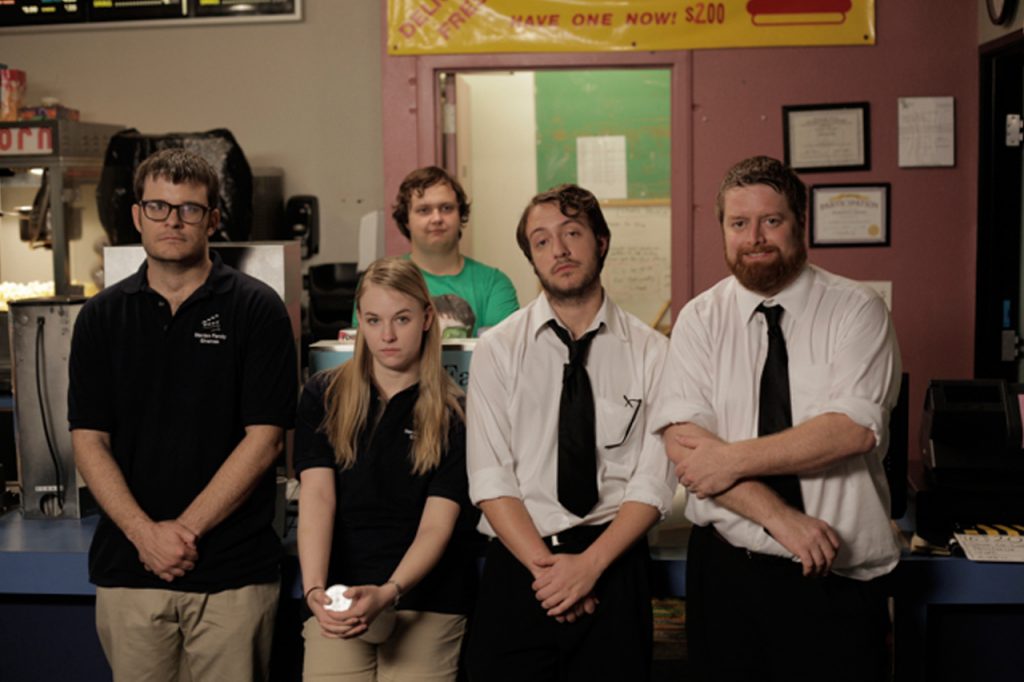 Mason has a wife and child at home that he neglects too much, Gabe is considering college, but is scared of failure, and Dennis just dropped out of college after his fiancé cheated on him. The three are working things out together at their second home, the theatre, until Mason’s wife reveals she’s pregnant for the second time and his volatile home life comes to a head. Should Mason swallow his pride and beg his father-in-law for a job? Can Gabe get past his pessimism and fear and leave the projection booth? And can Dennis finally start to deal with his issues? Maybe. But first, they have some customers to ignore.

If Slackers and Clerks met, made love, and had a baby, they would christened that lovechild Cinema Six.”
Liz Casanova, PulpLizard Media