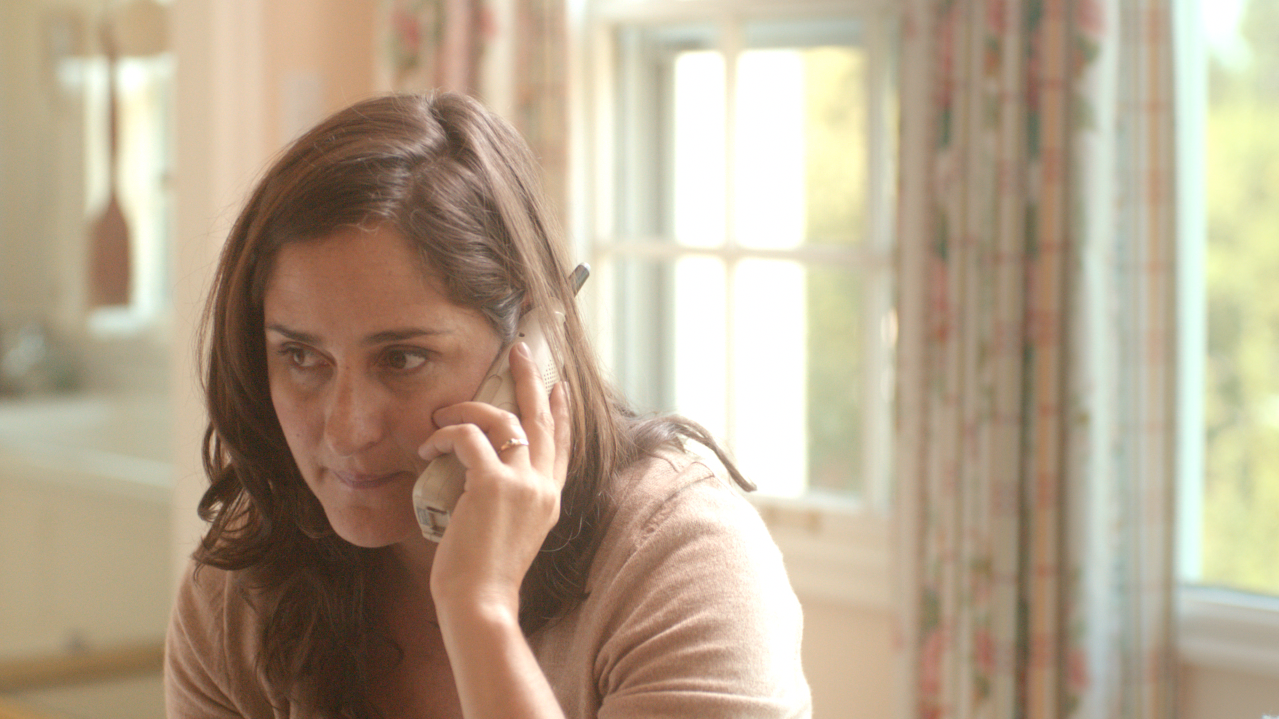 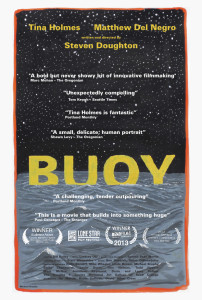 A married mother of two, unexpectedly pregnant with her third child, answers the phone to hear a voice from her distant past, reconnecting with the central,  though neglected, emotional anchor in her life. In the span of an 80-minute conversation, the two test the strength of a deep yet betrayed, love.

“A bold but never showy bit of innovative ﬁlmmaking” 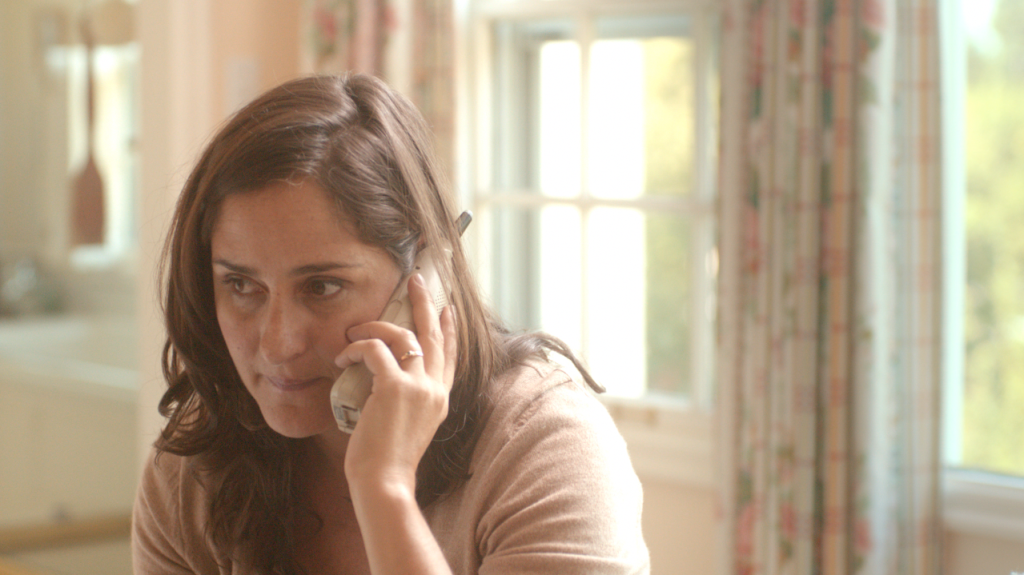 When T.C., a suburban mother of two, and unexpectedly pregnant with her third child receives a call from Danny, a person from her distant past, she is tidying up her middle-class home in Portland, Oregon. T.C.’s and Danny’s phone conversation comprises the ﬁlm’s single scene. As the camera tracks T.C. through her household rounds, speaker phone in hand, she and Danny embark on a wide-ranging emotional journey; dialog carries the story. Bittersweet childhood recollections merge into searching spiritual conjectures; bizarre anecdotes lead to offbeat cultural critiques and awkward personal
confessions.

Against a backdrop of long-simmering tensions and enduring sympathies, TC’s and Danny’s conversational saga reveals the deeper stories of their selves and of their relations with each other, while exploring universal questions: What does it mean to be a good person and to live your life well? How do you keep your disappointment in, and envy for, another person’s life choices from standing in the way of your love for her or him? Is it possible to forgive betrayals of the past as you commit one in the present?

Steven Doughton – Writer/Director – Steven is a writer and director from Portland, Oregon. He studied drawing and painting in college, and in 1983, moved to New York’s East Village where he soon began making short ﬁlms, including Around Clown, a collaboration with the artist David Wojnarowicz. Doughton has directed music videos for Aphex-Twin, The Voluptuous Horror Of Karen Black and Marianne Nowottny. He was a cinematographer for Iara Lee’s documentary Modulations and has shot music videos for Iggy Pop, Blonde Redhead, Pavement, and Alan Vega. In 2011 he directed the music video for No One Is (As I Are Be) from Stephen Malkmus And The Jicks album Mirror Trafﬁc. Buoy is his ﬁrst feature-length movie.