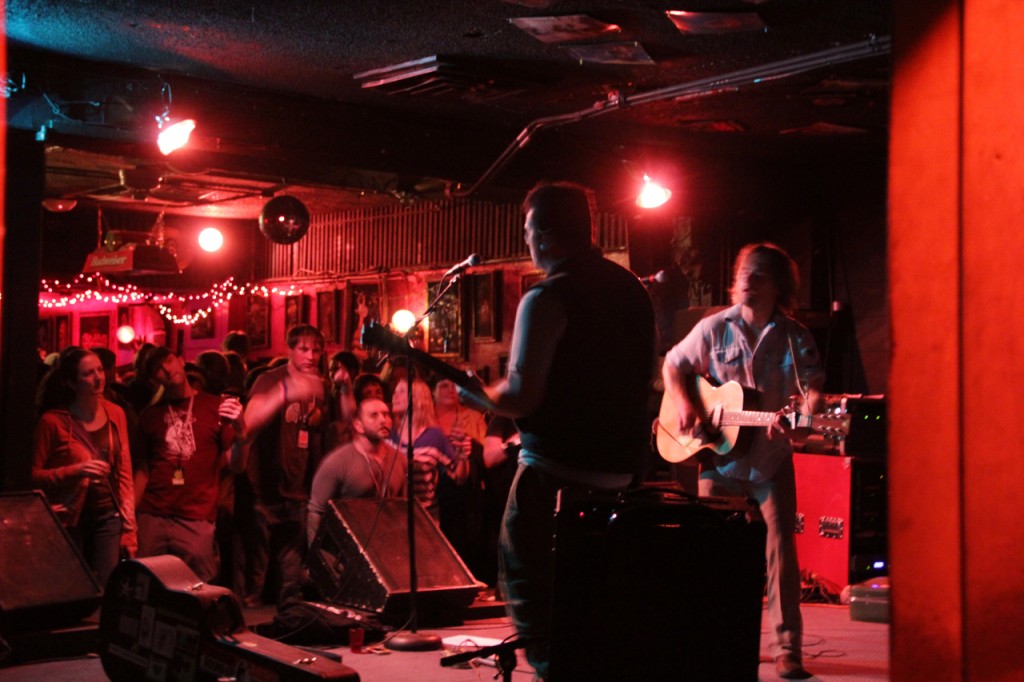 Finn Riggins, Sons of Guns, and Yeah Great Fine (all past players at EOFF)  all participated in the innagural year of  Treefort Music Festival in Boise, Idaho.  Eric Gilbert of the Riggins’ helped to coordinate this great event and stated that he took inspiration from Eastern Oregon Film Festival’s efforts over the past year.  Check out this account of Treefort by La Grande Life to help paint a picture and plan to catch a great music festival in Boise next year.

Treefort’ welcomed over 150 bands from across the United States, Canada, and as far away as Australia. This emerging artists music festival hosted over 3,000 people each day and has secured itself a place in the arts and cultural annual calendar.

— We rolled into Boise just in time to secure our passes and make it to The Red Room to see Sons of Guns and met  up with other La Grandians who made the trek down as well. The new album from Sons of Guns ‘Oregon Slogan’ was primarily the focus of the set – exposing Boise to the current stream of lyrics and stomp-beat electro-acoustic truck stop rock.  Some rekindling of songs from their previous album ‘Clutch’ was a highlight.  The place was packed, one in and one out most of the night, but Boise seemed to be pleased as punch to weather the lines and crowds to witness with the sounds and soul of the La Grande musicians.

Next on to The Crux a sweet coffee and beer place – this venue was unique in that the band was staged just inside of the display windows making the stage very much visually accessible in both front and back. Yeah Great Fine, past Eastern Oregon Film Festival band and friend to many LG’s – tickled the audience with their fizz-filled-funk and pilly-popped shenanigans. Living up to the bands tagline:  Math, Party, Rock Extravaganza!

Some more Eastern Oregon Film Festival updates are due to start rolling out soon.