Posted October 2, 2016 by eofilmfest in 2016 Official Selections, The Films

50 Feet from Syria follows surgeon Hisham Bismar to the Syrian border to operate on victims from the Syrian civil war. The film captures the human cost of conflict and serves as a portal onto one of the most brutal, dehumanizing conflicts in modern history.

Note: This special on campus screening at Eastern Oregon University’s Huber Auditorium brings EOFF home. Fitzgerald, a ’93 graduate from EOU will also be receiving the 2016 EOU Distinguished Alumni Award for his continues excellence in his field. Join us on campus for a introduction and Q&A session following the screening.

With a suitcase full of donated stainless-steel bone implants, Syrian-American surgeon Hisham Bismar arrives at a Turkish hospital on the Syrian border, ready for anything.  What he finds is horror, chaos, and an ocean of refugees in need of medical care: Colleagues who perform operations without anesthesia, stories of Syrian government snipers targeting pregnant women and children, and images of 55 gallon barrels filled with shrapnel and TNT deliberately dropped on civilians. 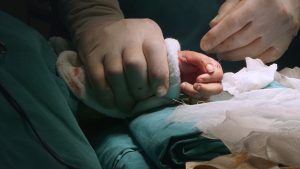 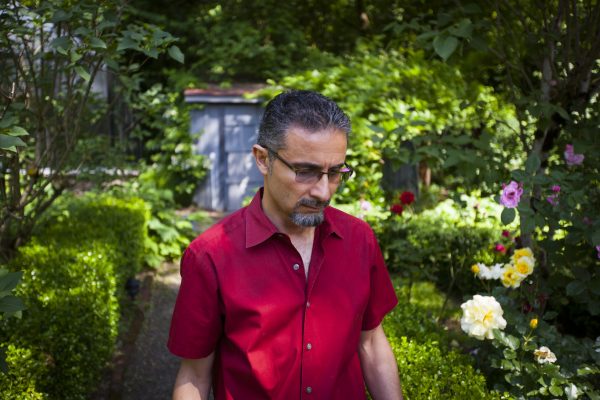 With dull drill bits and ill-fitting bone and joint implants Bismar repairs the bodies of the wounded fortunate enough to find their way to the hospital – both civilians and fighters. Amongst this remarkable work, remarkable people abound:

“M”, a ‘Turkish Schindler’ selflessly crossing the border each day to retrieve the wounded and ferry them to the care of surgeons and “AM” a hero among his peers for his willingness to live for years in Syrian field hospitals repeatedly bombed by the Assad regime.

50 Feet From Syria is a portrait of a quiet and determined man, performing intricate acts of medical necessity undeterred by the chaos and complexity of war around him. At the same time, the film serves as a snapshot in time of the current plight of Syrian refugees and indelibly communicates the human cost of one of most brutal, dehumanizing conflicts in modern history that continues to destroy and displace millions of lives.

Skye Fitzgerald has produced projects focused on human rights and social justice issues since 1998. Along the way he has collaborated or received support from the Sundance Institute, the U.S. Institute of Peace, the State Department and the Paul Robeson Fund, including being named a Fulbright Research Scholar to produce the film Bombhunters. Reviewers have characterized Fitzgerald’s work as “emotional and artful…deserves considerable exposure” & “…visually brutal” (Variety), as “an infuriating study in the ways that power greases the wheels of justice” (LA Weekly), and noted that it “confronts us with injustice” (Voice of America). As a Director of Photography Fitzgerald has lensed work for Dateline NBC, CNN, Discovery Channel, Mercy Corps, VICE NEWS, Travel Channel, History Channel, Weinstein Company, ABC, MSNBC, NHK, Kaiser Permanente and the Portland Trailblazers. Fitzgerald is presently producing 101 Seconds, a film focused on the gun debate as well as 50 Feet from Syria, a film about doctors working on the Syrian border. More info at: www.SpinFilm.org.