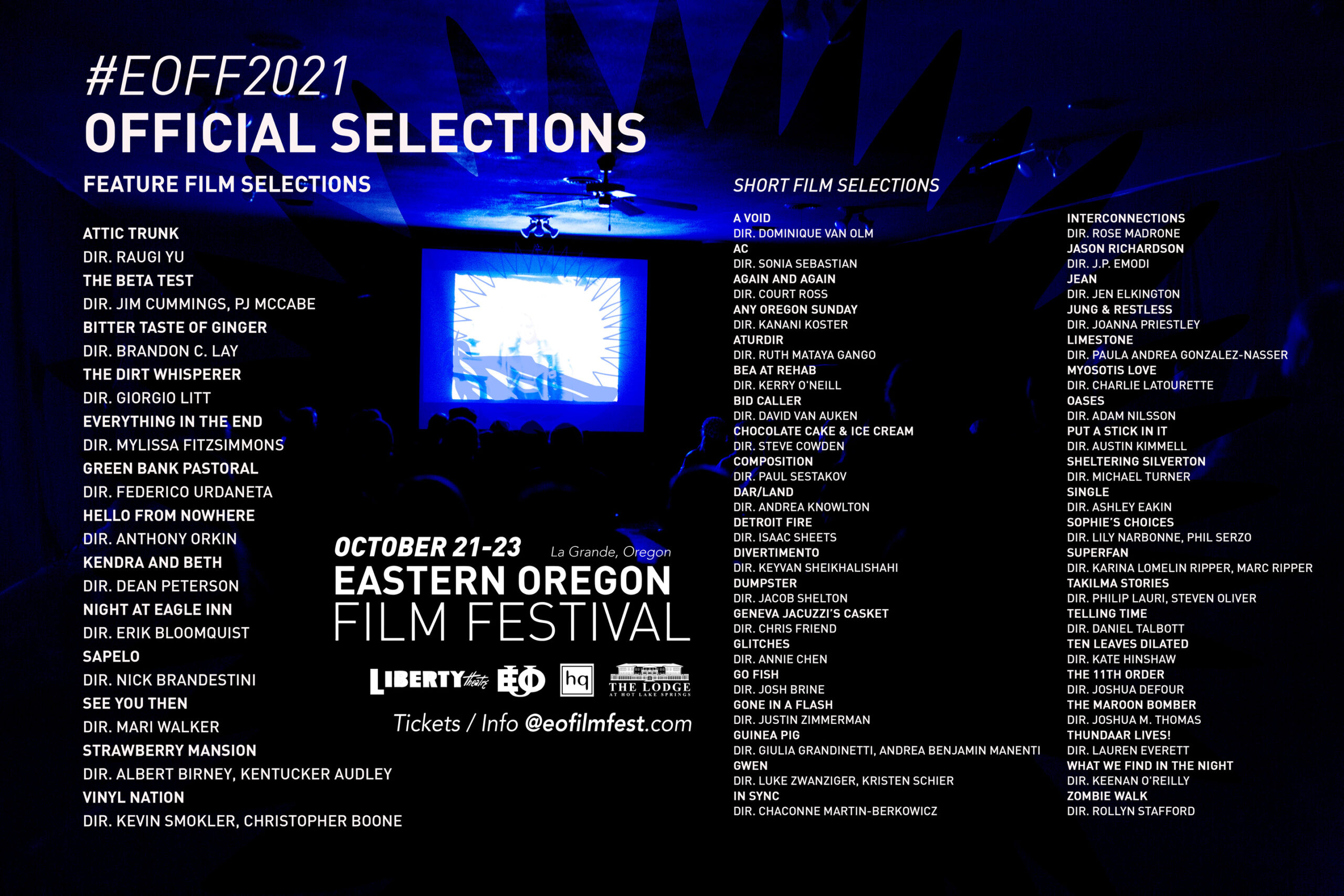 #EOFF2021 Official Selections Eastern Oregon Film Festival will be celebrating its twelfth year of independent film and music programming in and from La Grande, Oregon on October 21-23, 2021.  This year’s submission process saw a record number of submissions, of which 52 films were selected for exhibition. Filmmakers whose work was selected are invited to […]