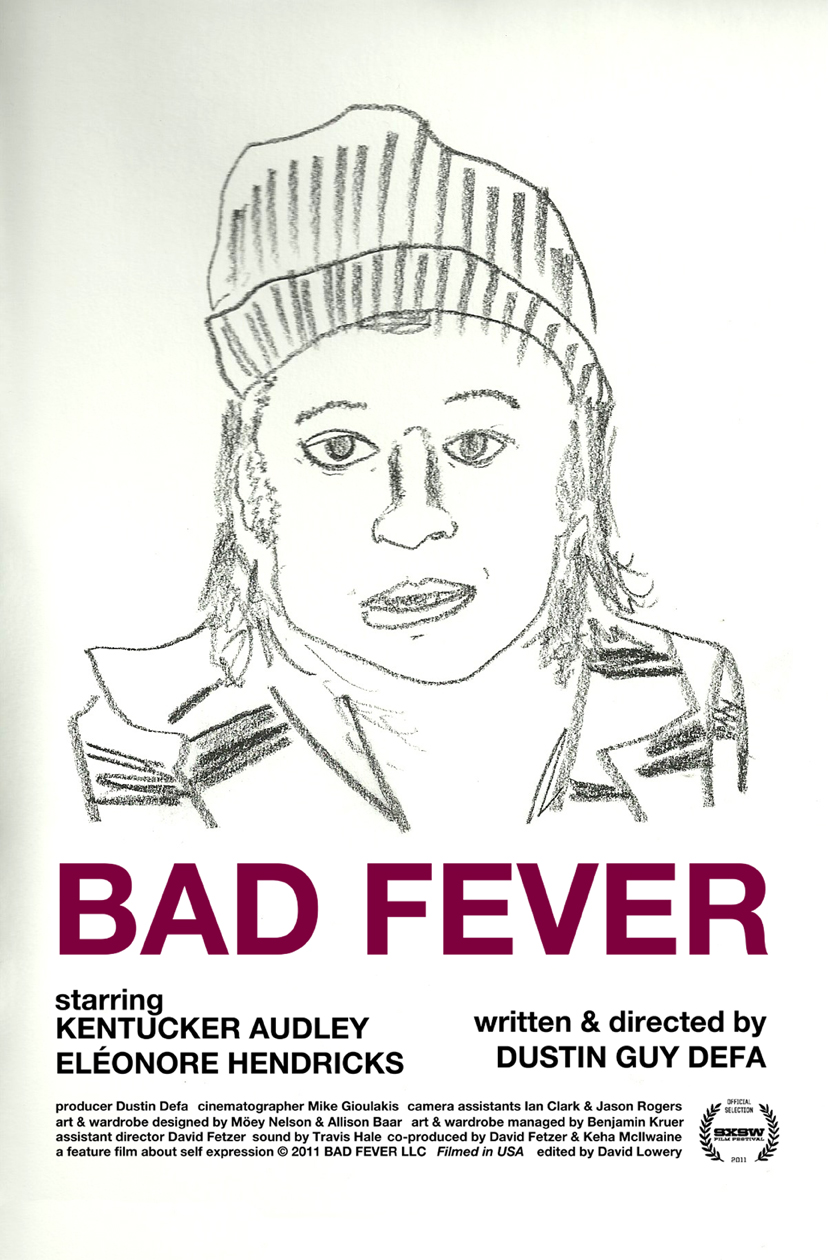 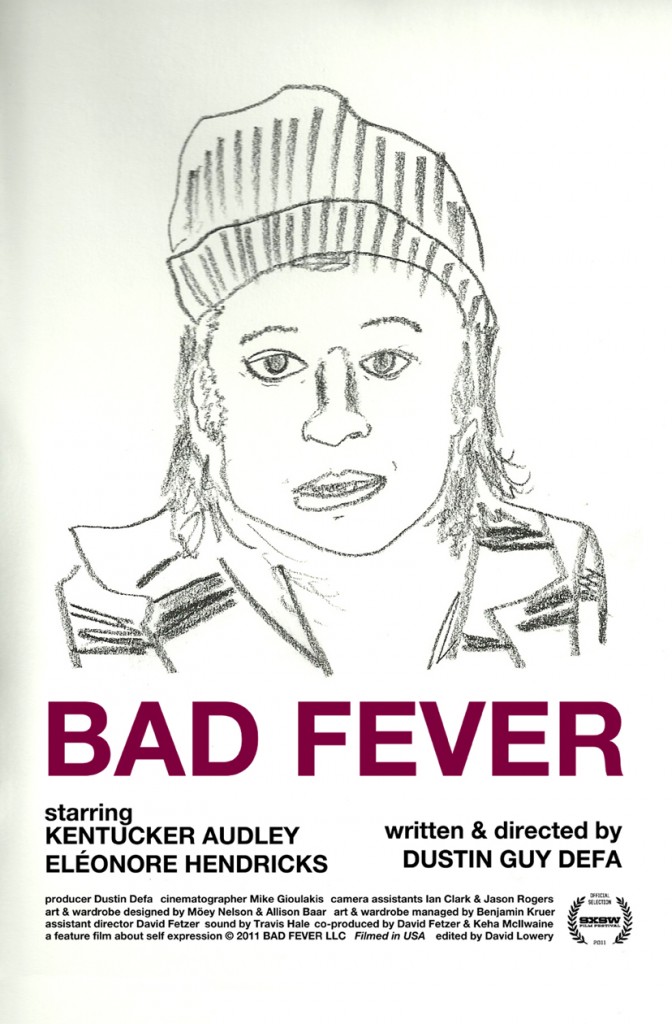 A humorless loner attempts to win the admiration of a drifter with his debut performance at the local comedy club.

“5 out of 5… a challenging, haunting piece of filmmaking.”

— Andrew Johnson, Gordon and the Whale

Alternatingly quiet and delirious, always desperate, Bad Fever is a witness to one man’s broken American Dream and his eternal longing to find someone, anyone, who understands or even pretends to understand.

Eddie (Kentucker Audley) bumbles his way through an agonizing courtship with Irene (Elenore Hendricks), a manipulating drifter who videotapes their fleeting moments together. To express his true feelings for he, he painstakingly orchestrates his debut stand-up performance at the local comedy club.

Here is a portrait of two lonely trains passing each other by on the emotional railroad tracks of a forgotten city.

“Reaches a new state of uncomfortable, piercing sadness… [Kentucker Audley] displays a commitment to his character that should be awarded in some fashion during awards season next year.” 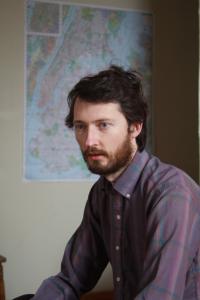 Dustin Guy Defa has been making movies since he was eleven. The recipient of the Rooftop Films Filmmakers’ Fund Grant, ge us currently in post production on a short documentary about his family. He lives in Brooklyn, New York.