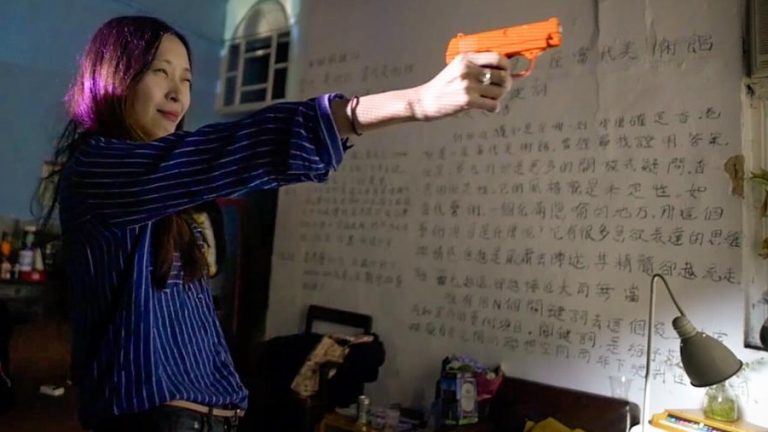 A broken-hearted filmmaker navigates an unfamiliar city, an international art fair and his personal baggage in this intimate, playful and unexpectedly comedic documentary.

An American expat arrives in Hong Kong to make a documentary about an international art fair but finds himself out of his depth. He turns the camera on himself and the film becomes a deeply personal and unexpectedly comedic story about authenticity, heartbreak and that time he got lost in a shopping mall.

Leave the Bus Through the Broken Window (Teaser) from Andrew Hevia on Vimeo.

“Leave The Bus Through The Broken Window the most original and fascinating documentary you’ll see all year.” — Alan Ng, Film Threat

Andrew Hevia is a Cuban American filmmaker from Miami, Florida. He is a co-founder of Borscht Corp, the non-profit film collective behind the Borscht Film Festival, which was named one of “the 25 Coolest Film Festivals in the World” by Moviemaker and called “the weirdest film festival on the planet” by Indiewire. He is a graduate of New World School of the Arts and The Film School at Florida State University. He holds a Master’s Degree in Media Entrepreneurship from the Gabelli School of Business at Fordham University and was a Fulbright Fellow in Hong Kong. ​