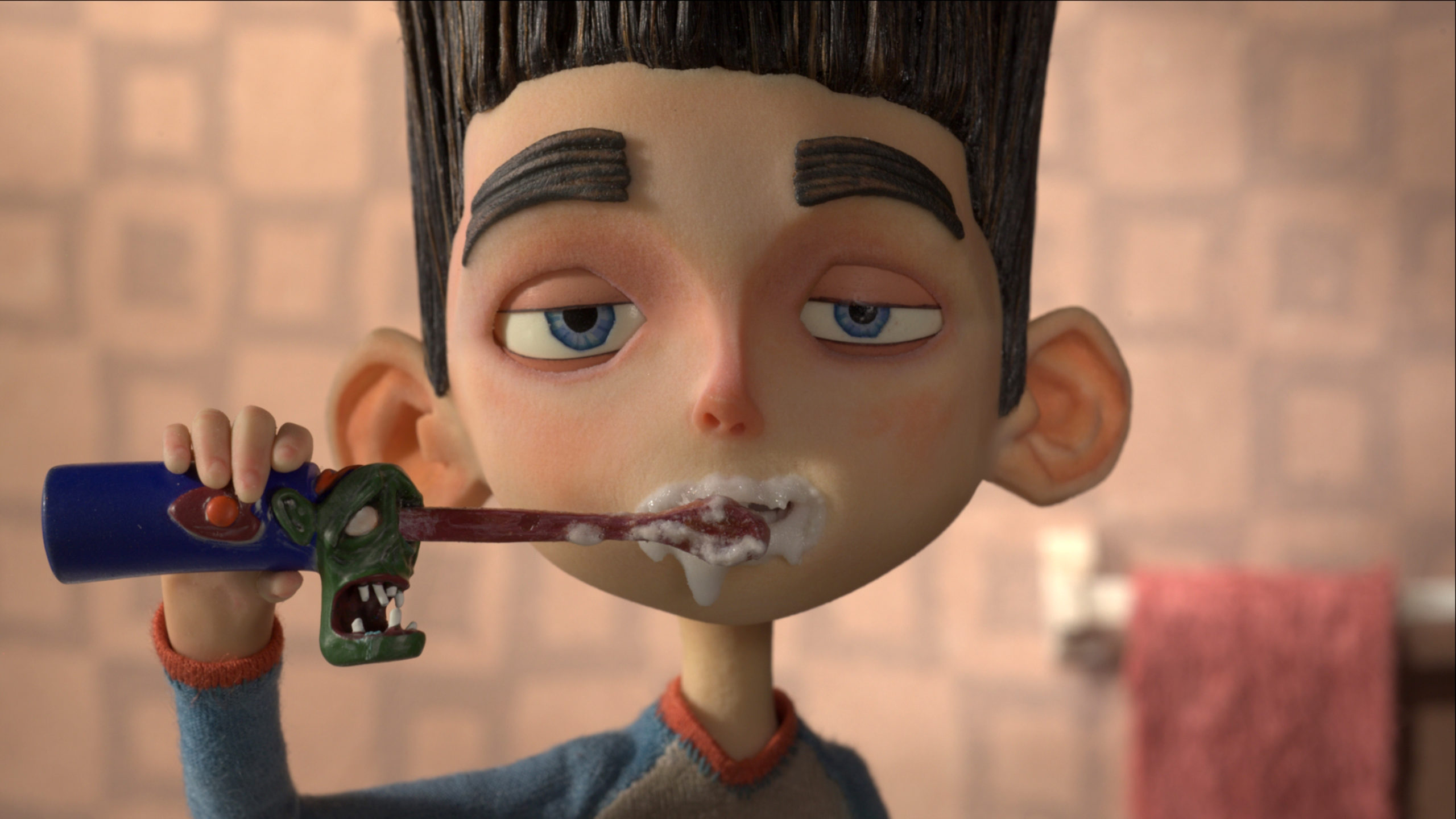 Saturday, March 2nd join Mark Shapiro, Head Of Entertainment Brand Marketing for LAIKA at a behind the scenes look at their recent motion picture ParaNorman. The Making of the handcrafted stop-motion feature ParaNorman (2012).  Go behind-the-scenes of LAIKA’s animated feature ParaNorman.  Mark Shapiro will present time-lapse imagery and behind-the-scenes footage as he describes the major undertaking involved in the making-of this remarkable animated film.  Production puppets will also be on display. THIS IS A FREE EVENT AND OPEN TO THE PUBLIC!

ParaNorman is the new 3D stop-motion comedy thriller from LAIKA, the animation studio that created the groundbreaking Academy Award-nominated Coraline (2009). In ParaNorman, a small town comes under siege by zombies. Who can it call? Only Norman, who is able to speak with the dead. In addition to the zombies, he’ll have to take on ghosts, witches and, worst, of all, grown-ups, to save his town from a centuries-old curse. But this young ghoul whisperer may find his paranormal activities pushed to their otherworldly limits.
More information at: www.paranorman.com

About LAIKA:
LAIKA is an animation studio specializing in feature films, commercials  and shorts. Travis Knight serves as President and CEO of the company, which is owned by Nike co-founder and Chairman Philip H. Knight.  In addition to ParaNorman, LAIKA created the Oscar-nominated Coraline, which was released to critical acclaim on February 6, 2009.  Coraline was the first stop-motion feature to be conceived and photographed in stereoscopic 3D. Written and directed by Henry Selick (The Nightmare Before Christmas, James and the Giant Peach), Coraline is based on a novel by Neil Gaiman. For additional information about our studio and Coraline, access: www.laika.com.

Mark Shapiro:
Head Of Entertainment Brand Marketing, MARK SHAPIRO’s diverse marketing and communications career has taken him across the  United States and around the world, working in brand development, advertising, public  relations, film production and writing for companies including Nike, Town & Country Magazine and Upper Deck.  In 2007, he joined  LAIKA, where he manages brand strategies, including the  marketing efforts for LAIKA’s corporate identity as well as the company’s  feature films. A native of Seattle, Washington, Mark attended Emerson College in Boston, Massachusetts and received his  Bachelor of Arts in English from The Colorado College in Colorado Springs, Colorado. He also completed education studies at Lewis  & Clark College in Portland, Oregon.