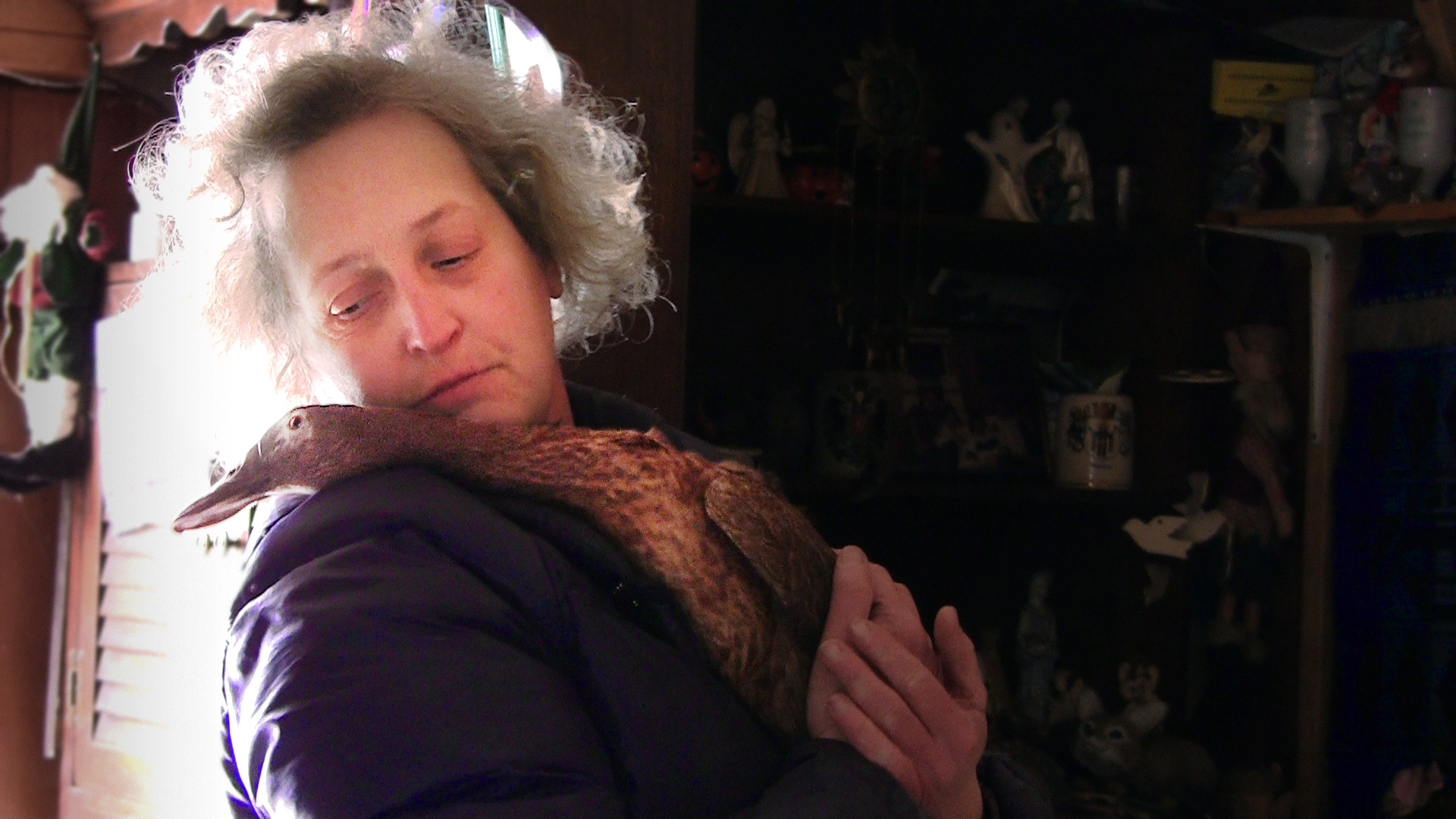 “Deeply humanistic… it’s a film not to be missed.”

Captivating… a gripping tale, and the film’s greatest achievement may be how it methodically changes our perception of its protagonist.

A woman’s love for her pet ducks, chickens, geese, and turkeys—all 200 of them—ignites a battle with local animal rescuers and puts her marriage in jeopardy. In Richard Miron’s surprising and empathetic For the Birds, we follow an unusual woman named Kathy who lives with 200 pet chickens, ducks, geese and turkeys. What starts as a story seemingly about Kathy’s battle with local animal advocacy groups slowly transforms into an intimate drama about her relationship with her husband Gary, and the toll the birds have taken on their marriage and her well-being. Filmed over the course of five years, this sensitive tale of one woman’s world breaking down—poignant and absorbing in equal measure—is ultimately one of hope about the possibility of regaining one’s life.

Richard assistant-edited Academy Award-nominated LIFE, ANIMATED, as well as ART AND CRAFT (Tribeca 2014, Academy Award shortlist). He was the lead editor for the recent feature documentary THE SURROUNDING GAME. He received his B.A. in Art from Yale University, where he won the Howard Lamar Prize, Yale’s top film award. Richard was the Director of Programming for the Environmental Film Festival at Yale for two years, and has a background in animal rights. He received the Marcie Bloom Fellowship in Film, and was a fellow in the 2016 IFP Documentary Labs.