Mind your tongue if you believe that Eastern Oregon is little more than methamphetamines and rodeo. James Dean Kindle and the Eastern Oregon Playboys roll through town like a tumbleweed, dispensing their haunting sound (think Nick Cave from high desert country) along the way. The Pendleton-based band is touring in support of Campfire Pop Abstraction, a soulful recording that covers a massive swath of musical real estate (Americana, pop, and just about everything in-between) and proves that there just might be life beyond our precious city limits.”
-Ezra Ace Caraeff, The Portland Mercury 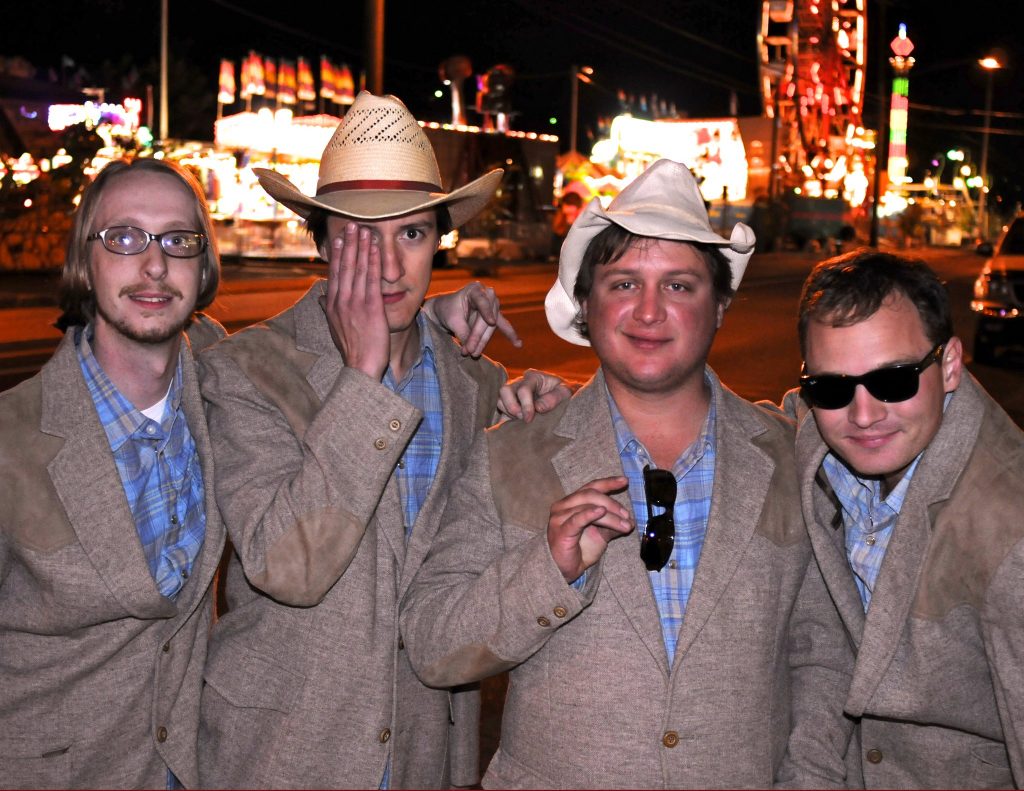 James Dean Kindle and the Eastern Oregon Playboys came together in late 2007 in Pendleton, Oregon when James needed a backing band to flesh out his catalog of songs. After a numerous lineup shifts the core band settled upon Matt Vansickle, Peter Walters, and Brian Baird. As a band of multi-instrumentalists (As well as multi-disciplinary artists.) JDK&EOP play a melange of styles that can still fit comfortably under the umbrella of “rock and roll.” Their two albums, 7 inch single, and internet releases contain genre exercises in surf rock, post-punk, torch songs, honky-tonk, shoegazing, or whatever style suits their fancy. Venues they’ve performed at reflect their diverse tastes as well; prisons, rodeo arenas, punk rock dive bars, concert halls, street fairs, and coffee houses are some of the places they’ve played.

In 2012, JDK & EOP self-released their second eponymous album. This successor to their self-recorded, self-released “Campfire Pop Abstraction” from 2009 was recorded in Portland with Victor Nash of the band Point Juncture, WA and has a cleaner, more polished sound than their previous efforts.

Among it’s other accomplishments, the band has held a collaborative concert with the Oregon East Symphony in 2010, been featured on Oregon Public Broadcasting’s, “Oregon Art Beat,” and, “In Studio,” and upheld it’s tradition of hosting and performing an annual Christmas concert since its inception in 2007.

The band is looking forward to jumping back into the studio this spring in order to produce another album in 2013.