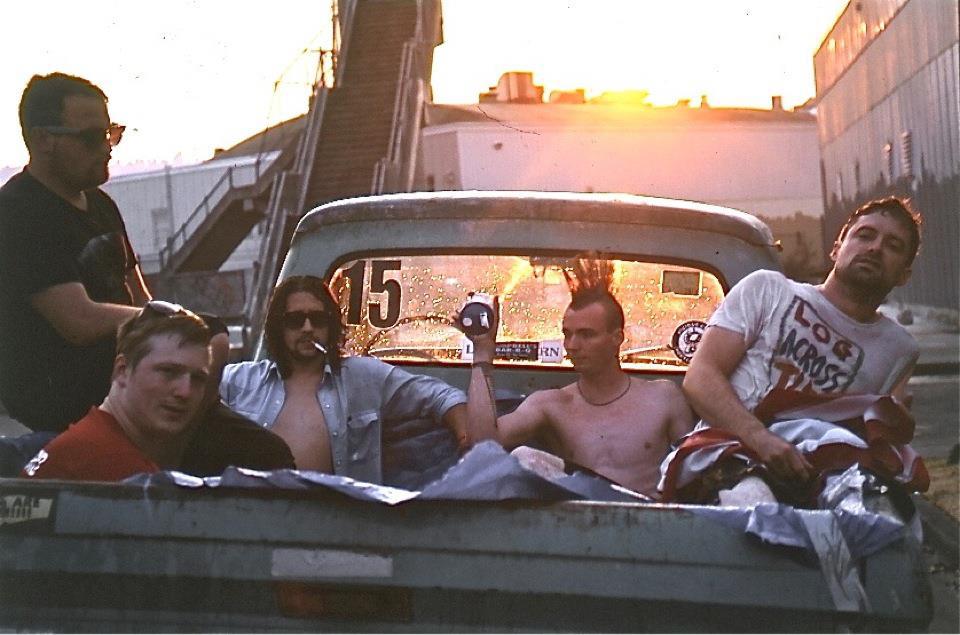 Saturday night, March 2nd, at the Art Center (Festival Hub) catch AND AND AND along with THE DIRTY MOOGS & LIONSWEB for the Treefort Music Fest Showcase.

Three members of And And And (singer/guitarist Nathan Baumgartner, multi-instrumentalist Ryan Wiggans, and bassist Jonathan Sallas) grew up together in an economically depressed small town on the southern oregon coast.

Guitarist Berg Radin grew up in several different states in the NW, and drummer Bim ditson was raised in burnout hippy/college bro central, eugene, oregon where they all met, eventually moving to Portland where they won Willamette Week’s Best new Band of 2011.

Baumgartner has been living in self-imposed isolation on the oregon coast as a single father and underemployed substitute teacher supplementing his income by selling wild edibles. Wiggans is a certified music teacher who teaches swim lessons and is the only trained musician in the band. ditson makes the finest chainmaille jewelry available on etsY and spends his spare time organizing rigsketball tournaments ( 32 team, 3 on 3, basketball tours made up of Portland bands, where the games are played on a regulation-size hoop mounted on the And And And van.) radin is a pizza delivery boy who builds amplifiers out of suitcases and broken stereo equipment. sallas is a straight man who works at a gay bar, has really nice hair, and is the only member of the band with a real girlfriend.

The idiosyncracies of the band members’ lives have informed all aspects of And And And’s music. This is not a band that is worried about looking super-hip and being part of the scene. Pretentiousness is a great fear of theirs. honesty is an ambition. They play music that is at once earnest and orchestrated yet outof-control and off kilter. Their songs range from lo-fi garage pop to folksy ballads with clarinet or trumpet. Their live shows have been known to become sweaty booze soaked singalongs. Band members have injured themselves on stage (or by jumping off the stage) and have been known to be disoriented and half naked at times.